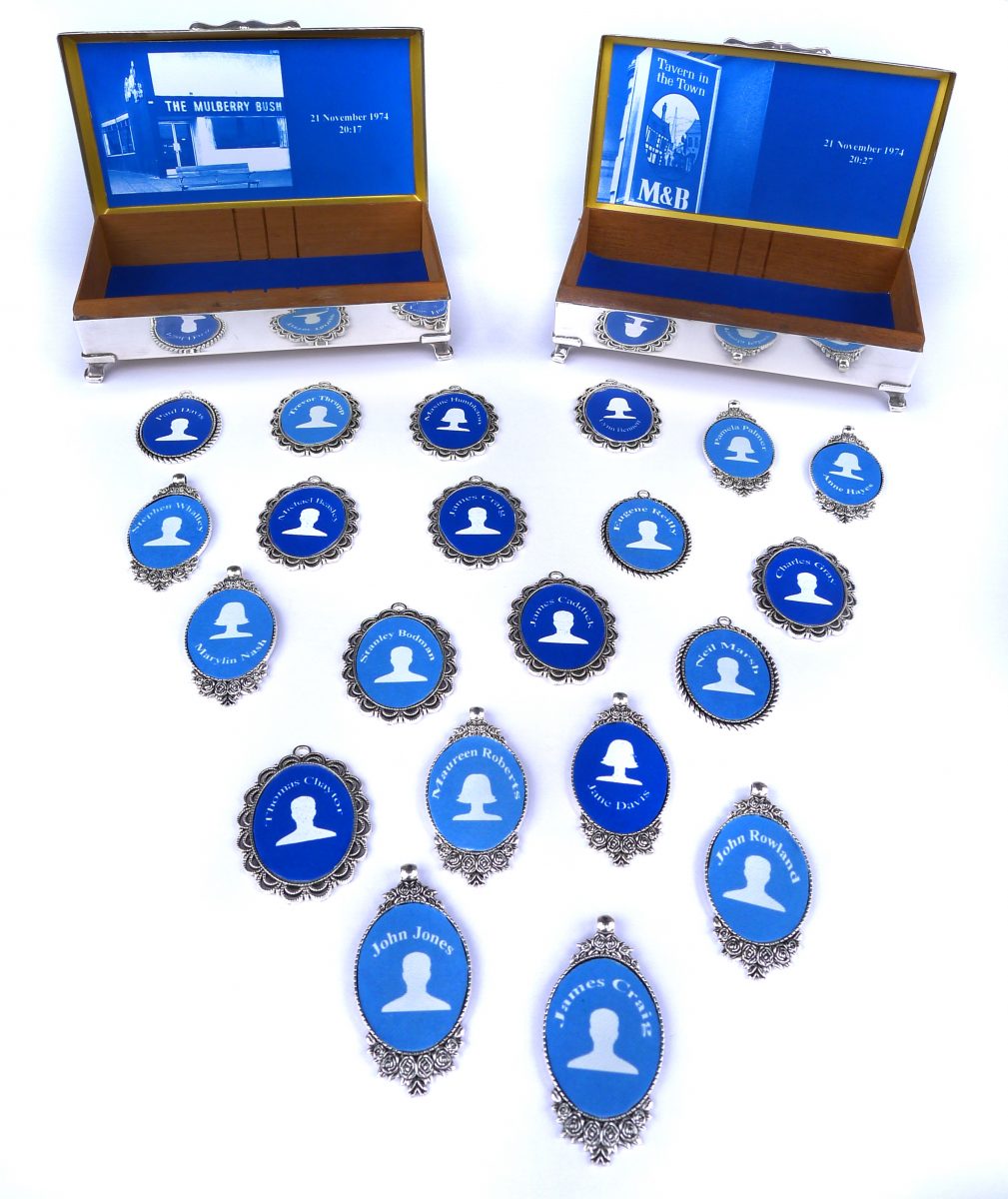 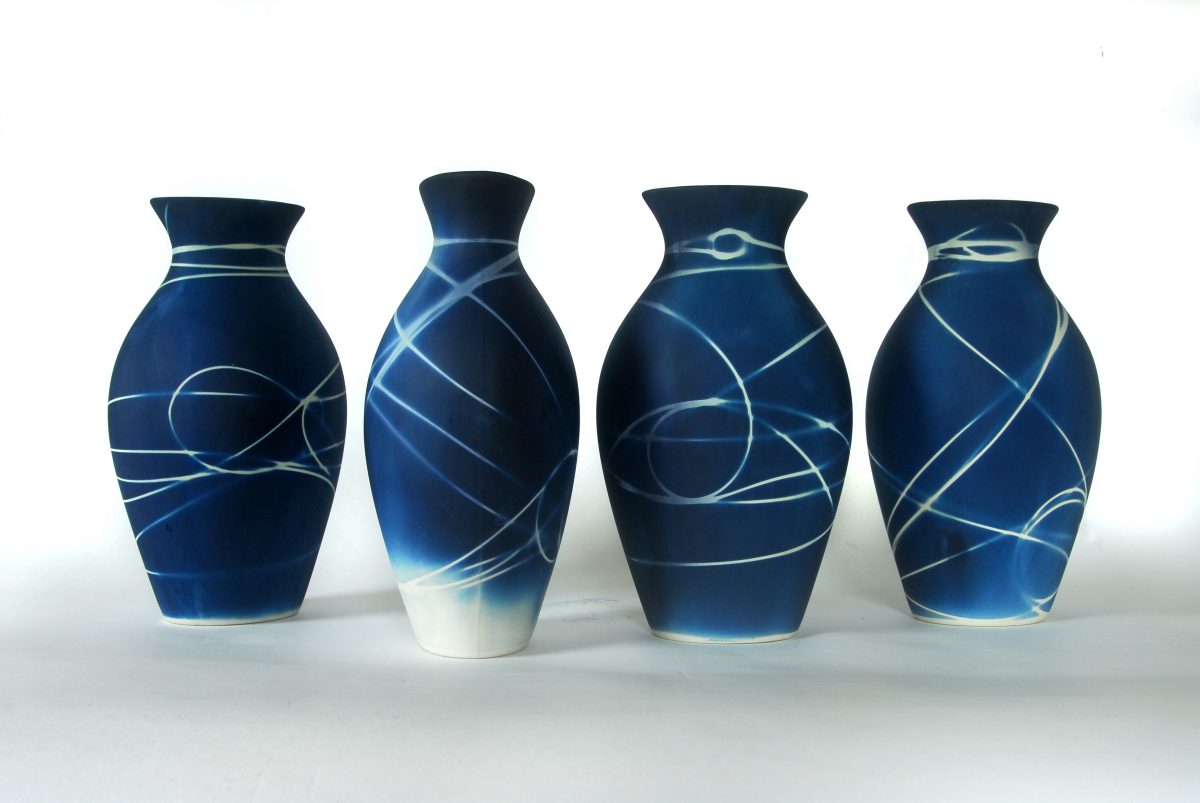 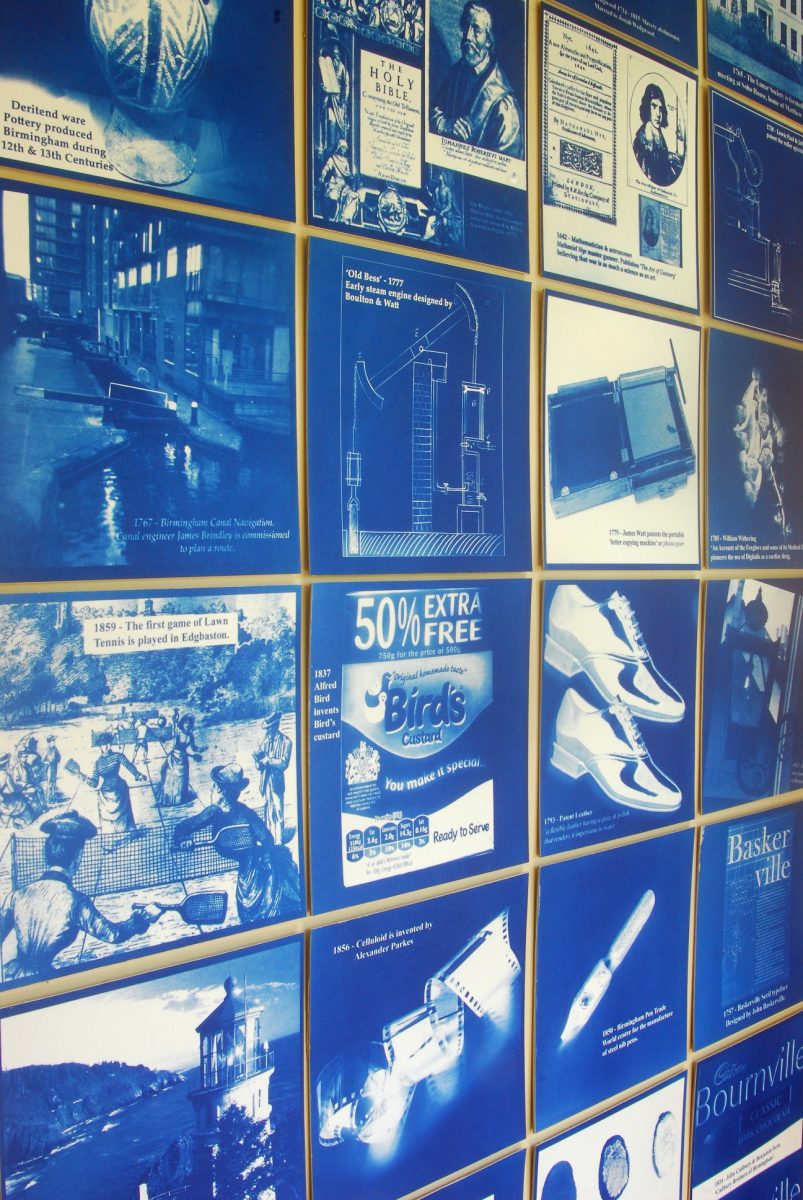 Inspired by Birmingham’s industrial, political and social history, FORWARD is a collection of photographic work exploring facets of the city’s rich heritage.

Taking her cue from the pioneering ideas and enterprises of the members of Birmingham’s Lunar Society, artist Gwen Wilkinson has created a series of site- specific cyanotypes that depict the geographical and industrial development of Birmingham as a result of their endeavours.

The use of the historical cyanotype process is central to this exhibition. Thomas Wedgwood, the son of famous potter and founding member of the Lunar Society Josiah Wedgwood, was an early experimenter of photography and his ‘sun pictures’ or photograms were a precursor to modern photographic processes. The shadow-like images and striking ‘Wedgwood blue’ colour of the cyanotype process is a specific tribute to the work of both men.

The collection reflects Wilkinson’s deep fascination with the city and its history. She explains: “I don’t think people outside of Birmingham realise quite what a fascinating place it really is nor the vital role its Lunar Society played in the advancement of science, engineering, manufacturing and the arts. This exhibition is a site-specific response to my many visits to Birmingham over the years and each piece of work relates to notable points in its history and to the remarkable people responsible for the city’s identity.”

Gwen Wilkinson is a multi-disciplinary Irish artist living and working in Knockroe, Co. Carlow, Eire. She is the recipient of several arts awards including the Thomas Dammann Jr. Award 2018, The Golden Fleece Award, 2011 and the Artlinks Award, 2009. Her work is represented in several State art collections including the Office of Public Works and the Department of Foreign Affairs.

All pieces on display will be available to purchase.