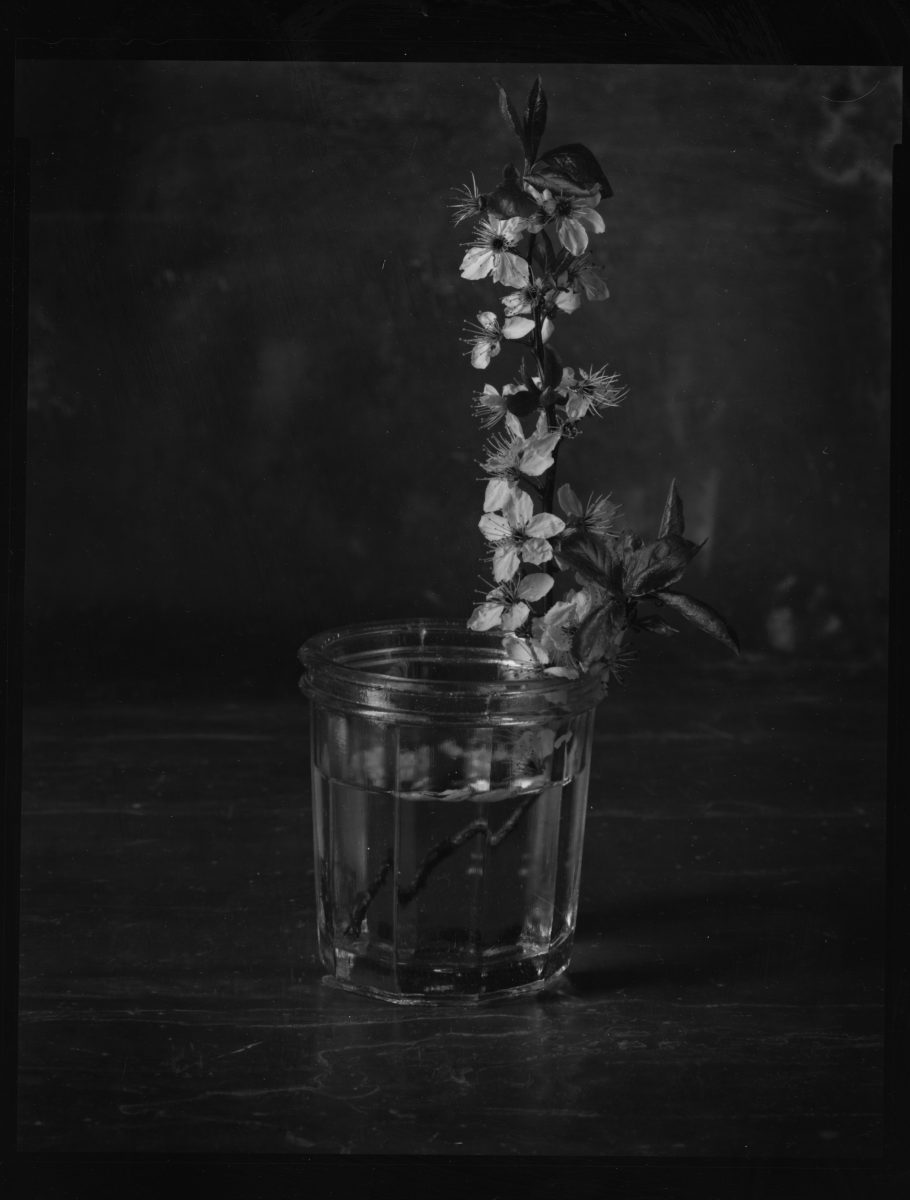 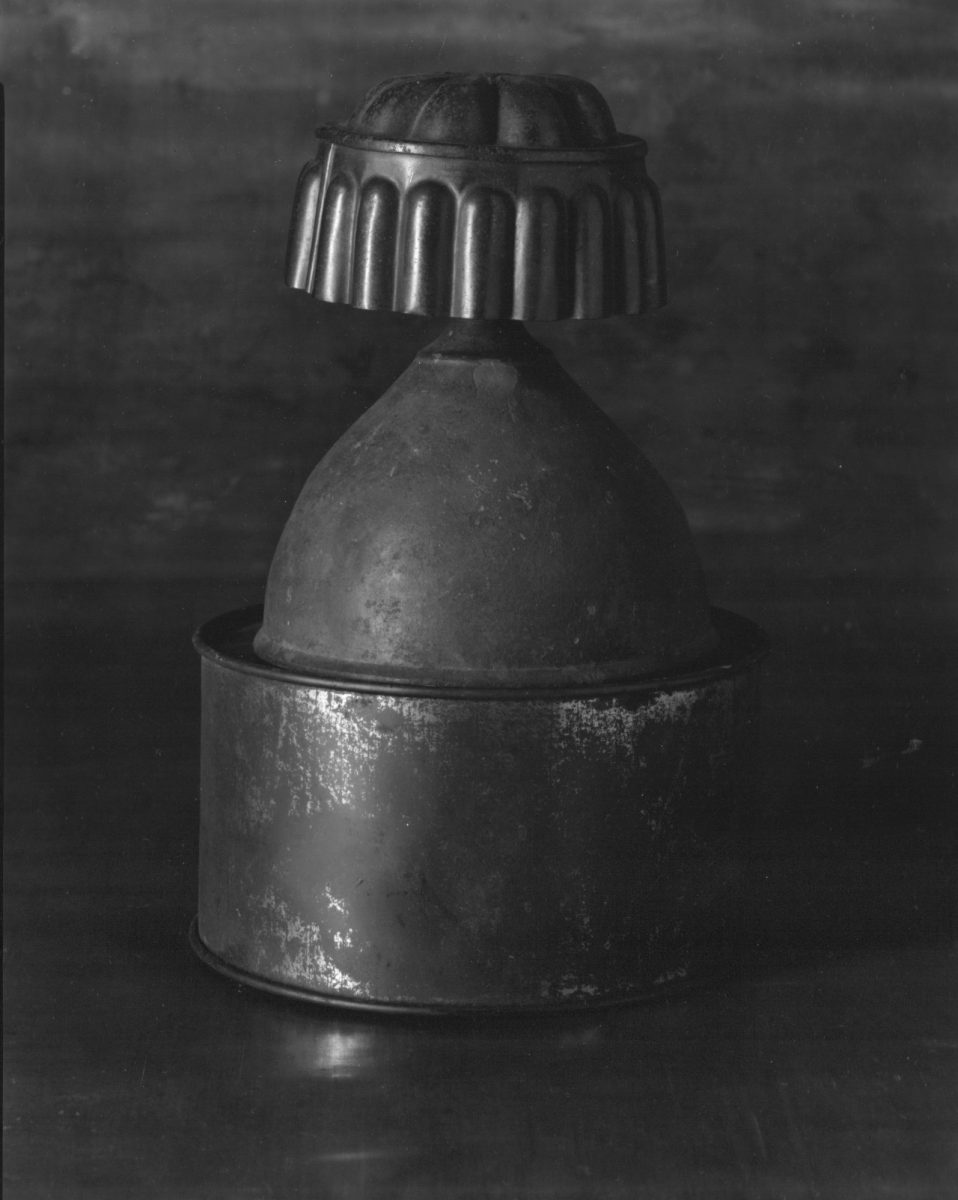 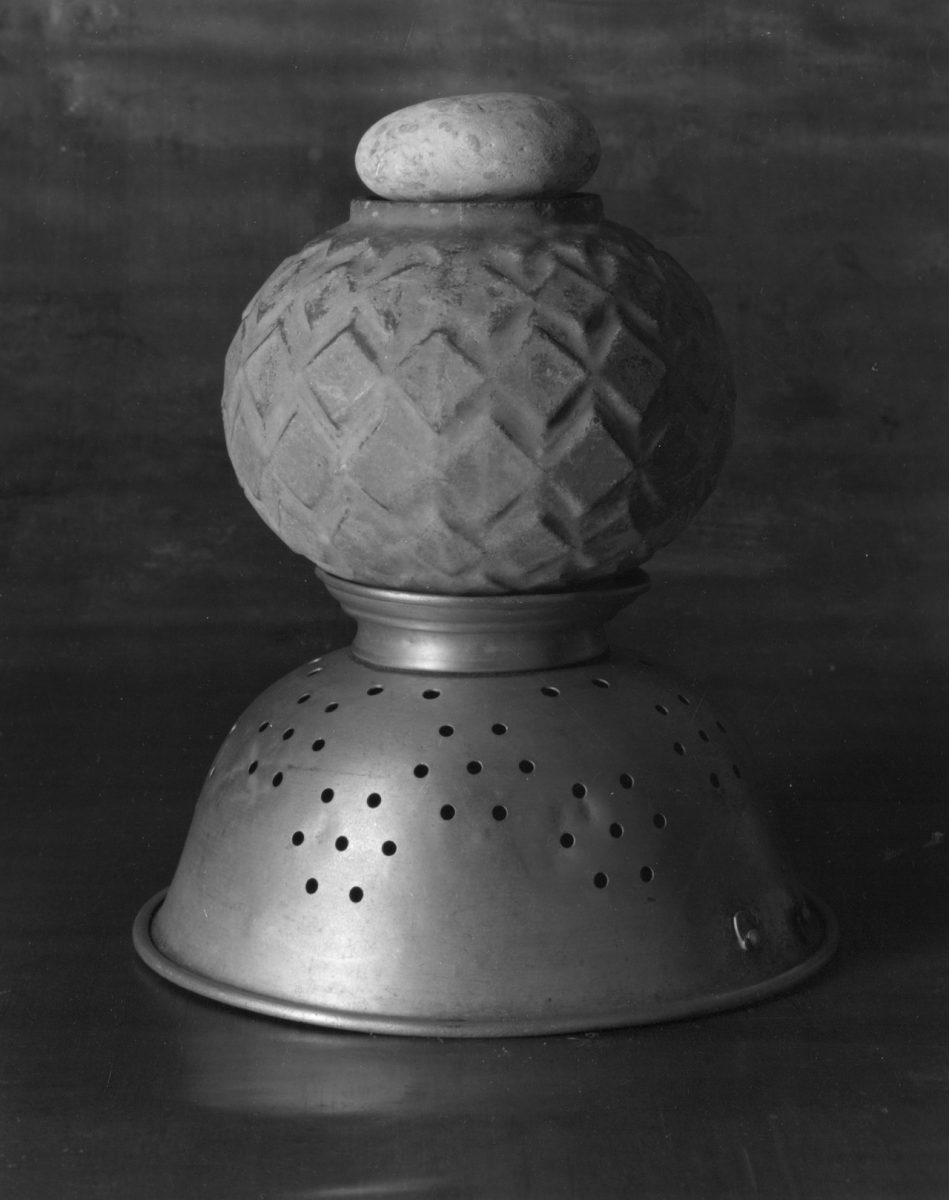 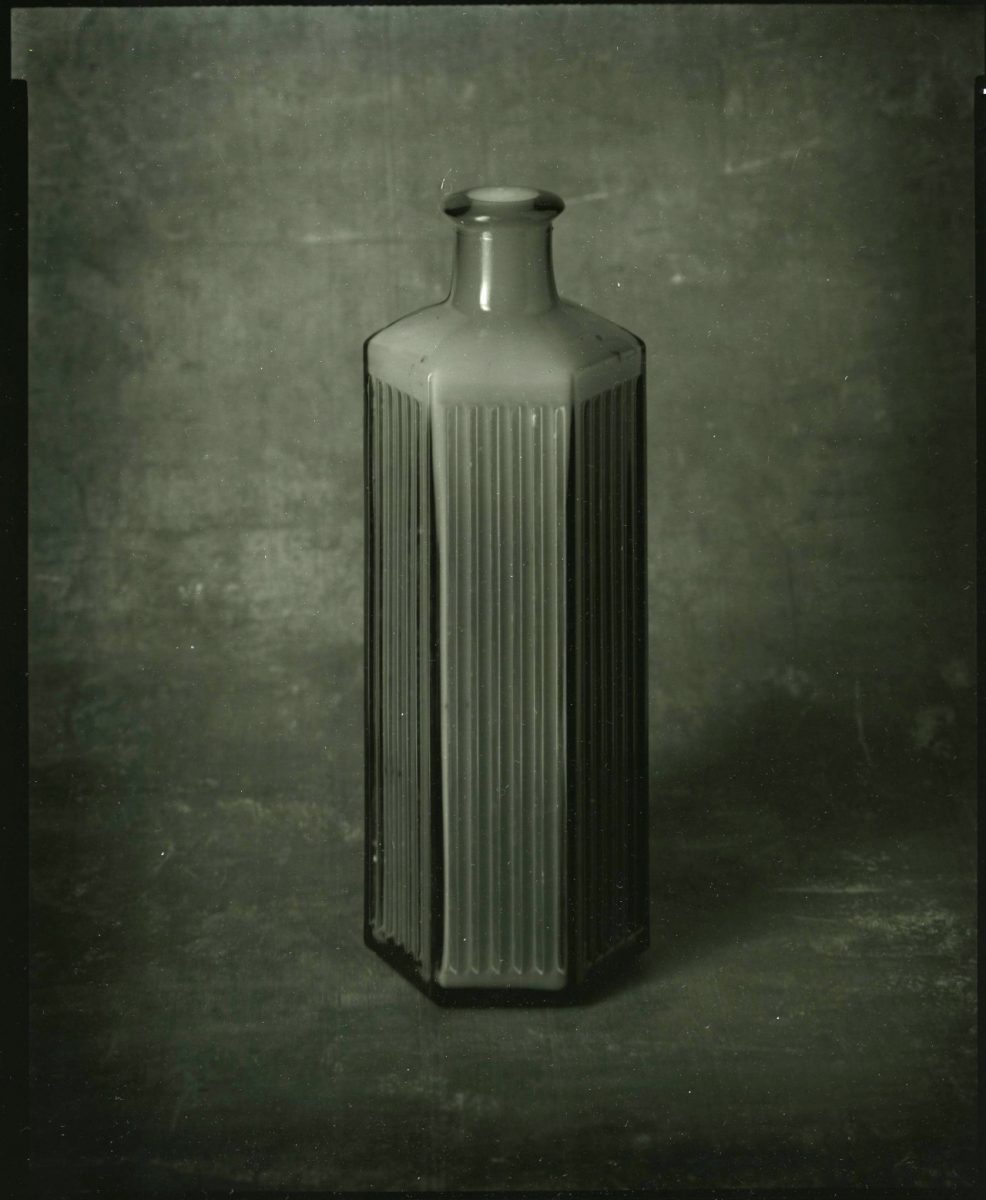 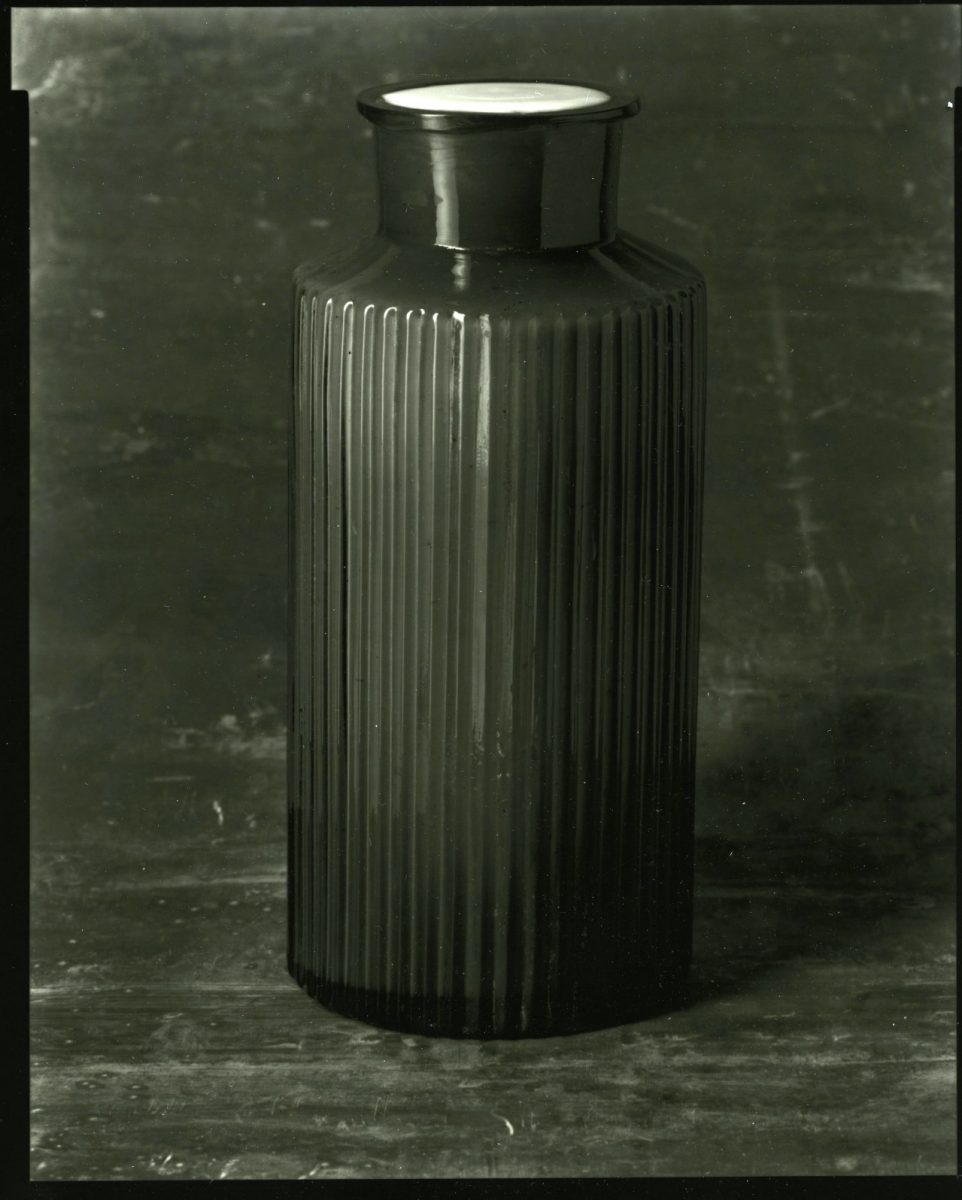 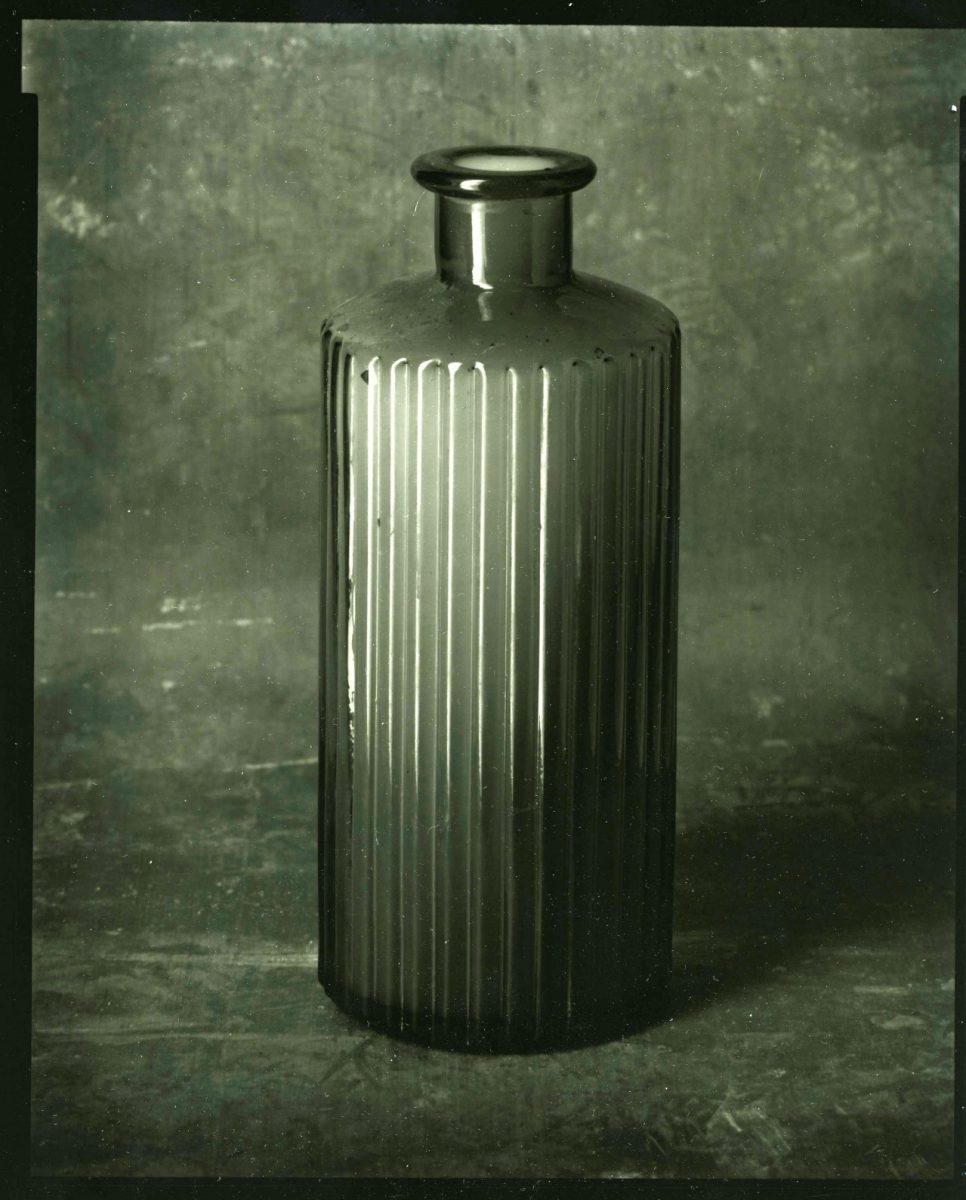 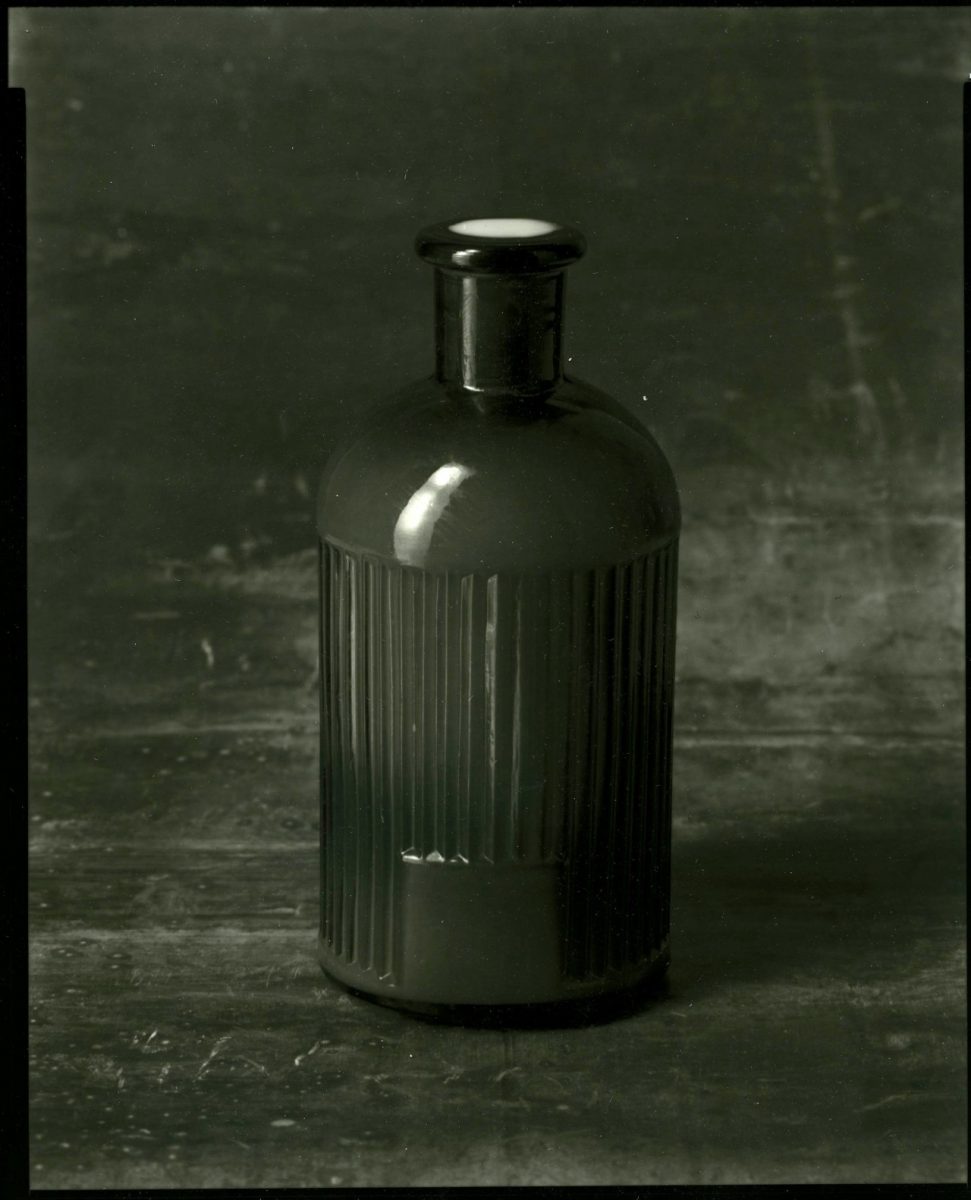 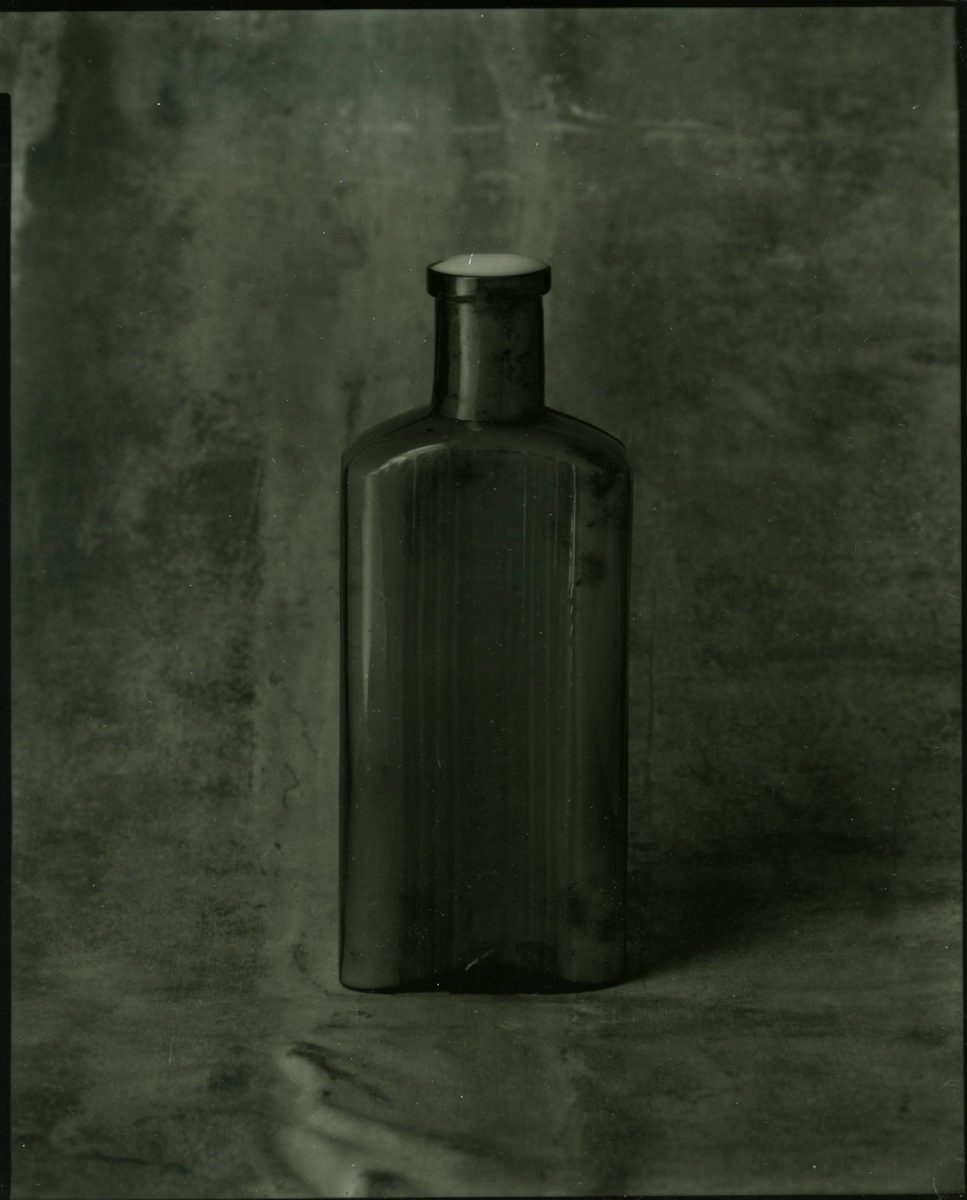 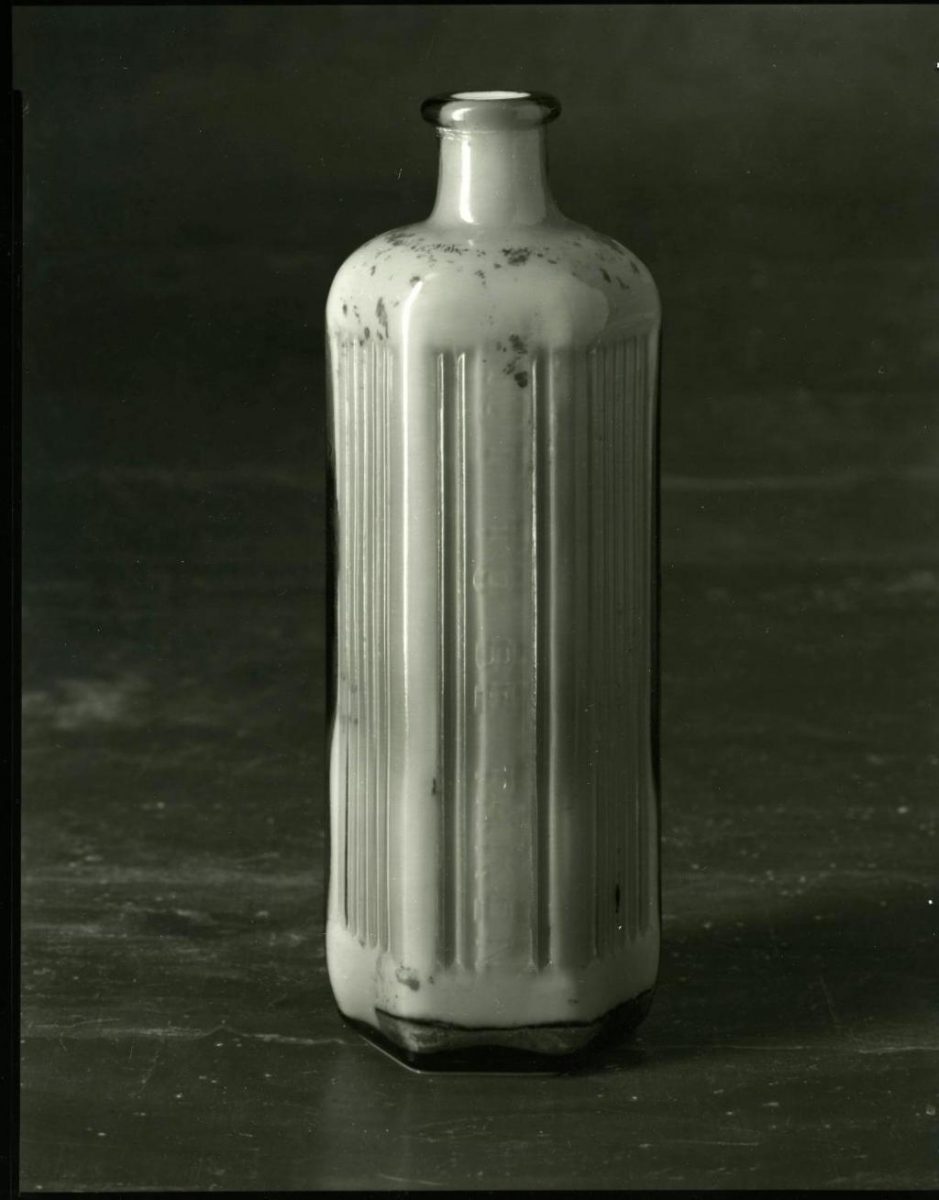 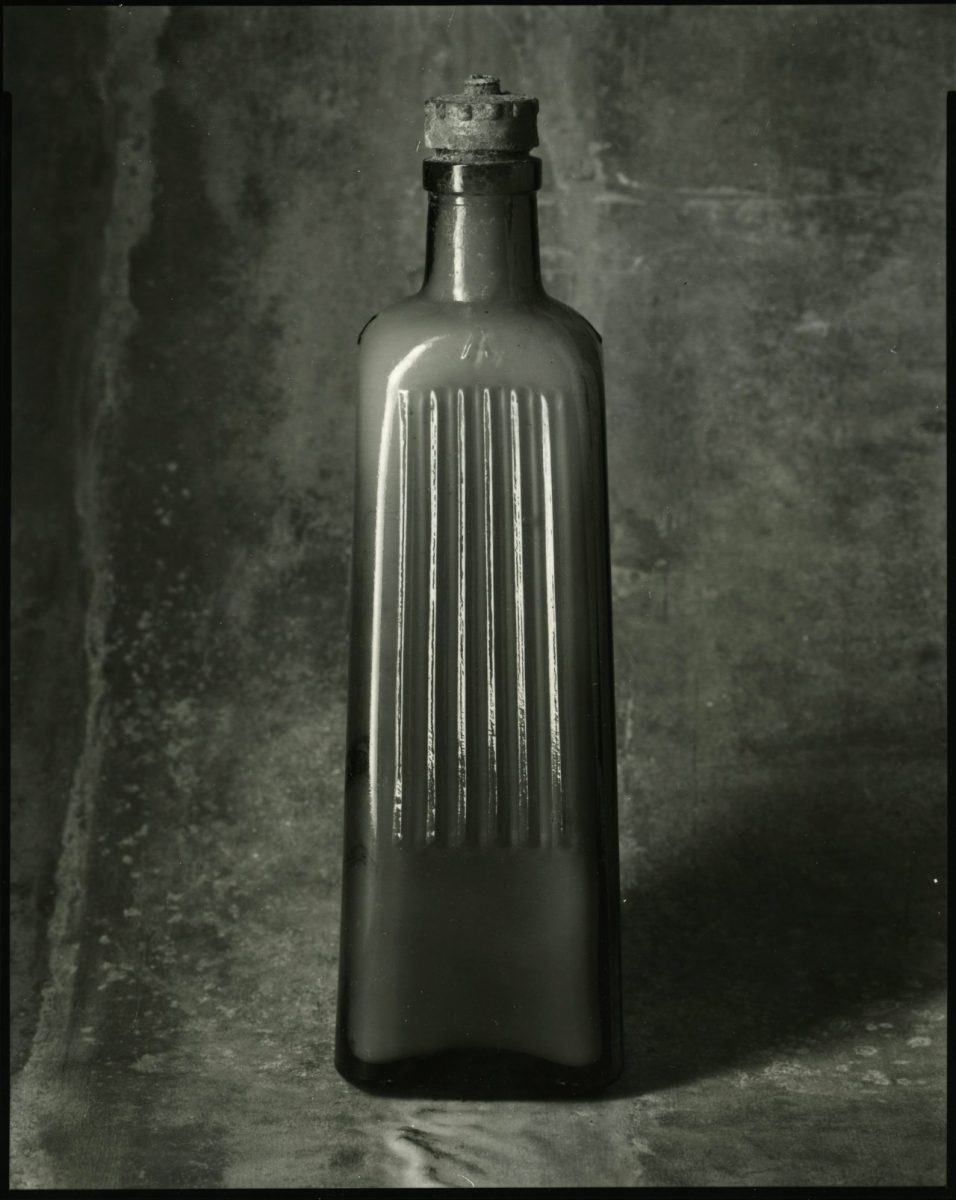 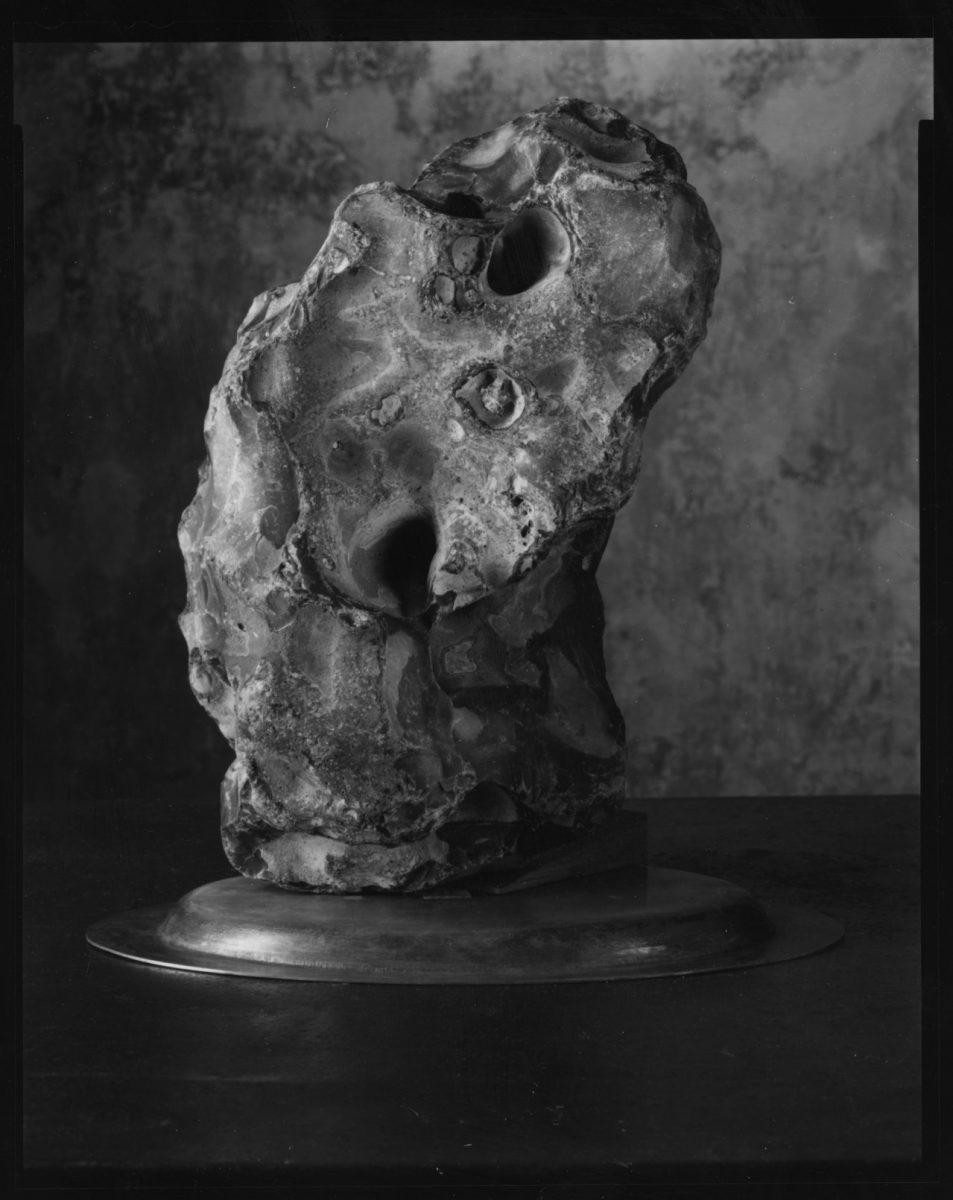 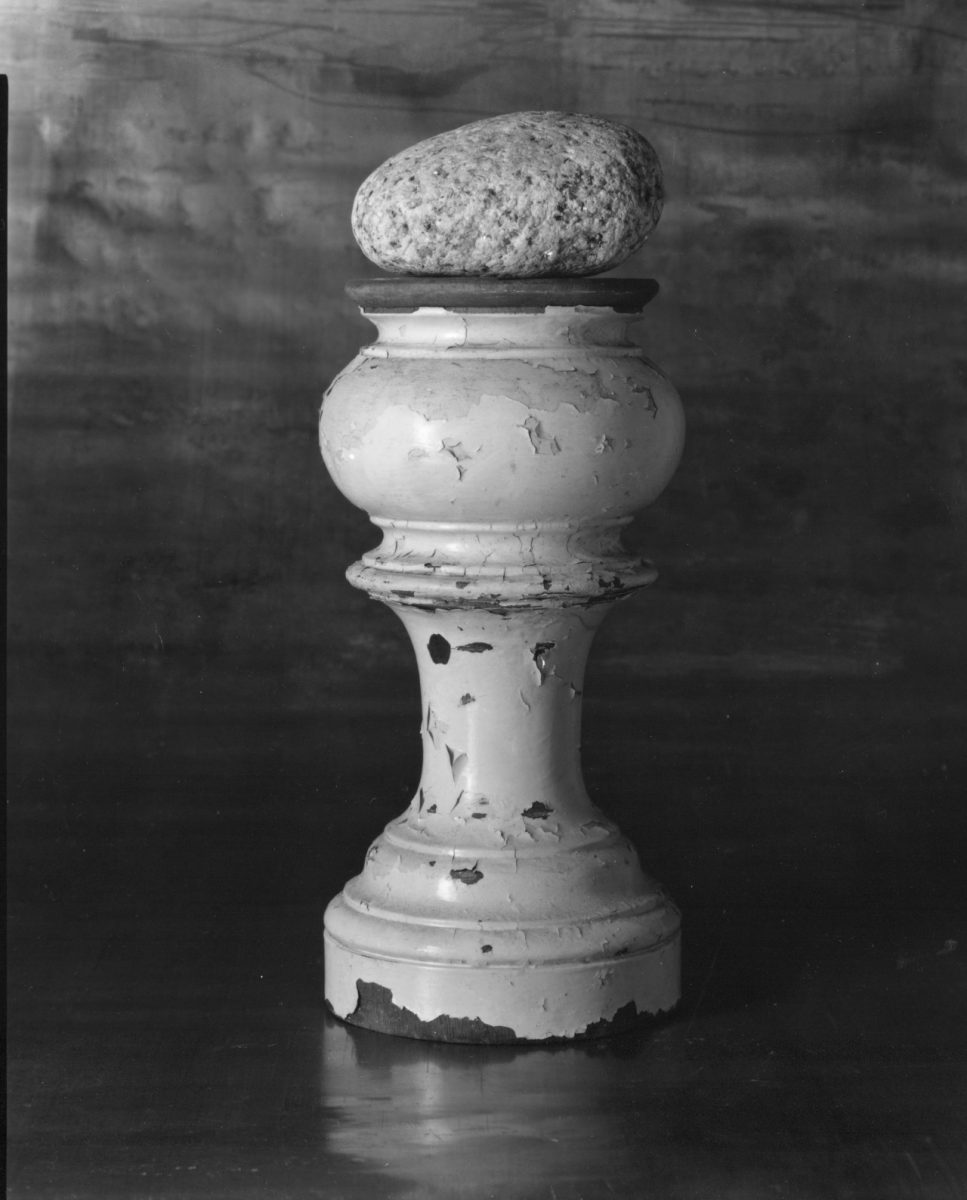 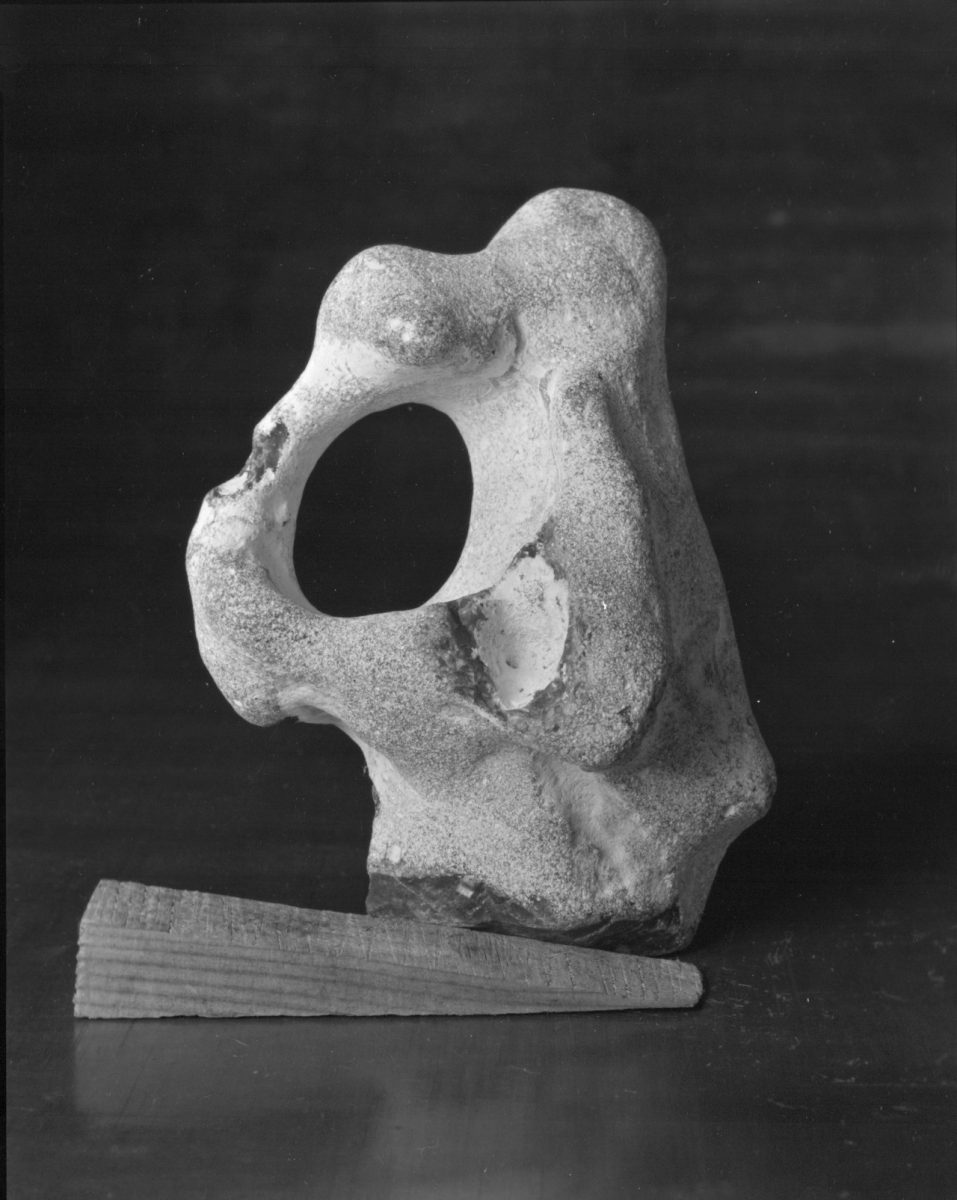 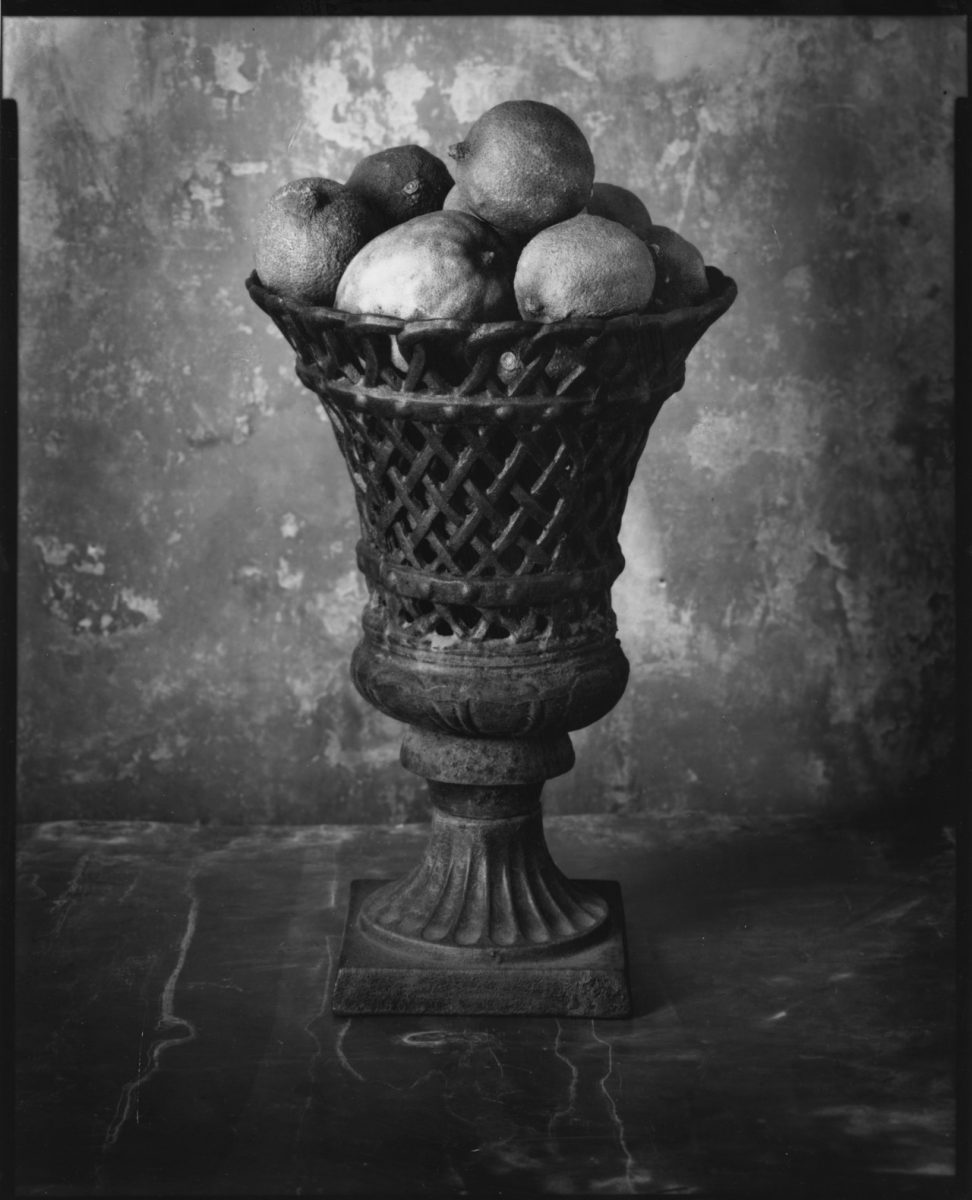 Early forms of photography required still objects that could be recorded over long durations of time. Almost inevitably still life was to become a main subject for photography, featuring images of a variety of objects such as plaster casts, baskets and framed pictures taken in a studio setting. The British photographer Fox Talbot was to create photogenic drawings of arrangements of objects such as feathers, lace and leaves. Whilst the race was on to fix the photographic image in these early days there became an indexical link between photography and still life.

Over time the subject has come in and out of fashion – in the 1920s and 1930s the surrealists favoured it. Then Modernist photographers such as Edward Weston chose to meticulously study objects such as peppers, to explore form and volume and play with light and surface. In the 1980s, in the colour age, new generations of artists like Thomas Ruff began to focus on the genre again and embraced still life expanding its range and subject matter in various ways in their work.

Wilson is a contemporary British photographer focussing on still life working with black and white film and meticulously printing his own work. The show has two broad series of works. One is a set of studies of constructions of objects which are propped up and displayed to us almost as primitive sculptures. Rocks are placed on top of plates which become plinths. Blossoms are shown in rudimentary glass jars filled with water. Taken in a studio setting the light can be controlled but to strip the images of even more possible background noise, the objects are placed in front of a lead ground. This means there is a uniform light on the back of the image and no light or shade to distract. What that achieves visually is the most wonderful dark void in the back of the images that enables the light on the objects to be the stars of the images. There is a modernist sensibility to this work which becomes a meditation about form and shape and volume.

Light and dark are continuing themes in this work and are taken further in the series which is titled Morpheus, a stunning set of images of glass bottles. Each of the bottles is different in shape and design and they all have ridges on their sides. This makes them formally more interesting and the surface more varied.  But it has another meaning, as before literacy was wide spread, a ridged bottle was a code that told you it contained poison. These bottles would have all contained morphine, used both as pain relief but also as an opiate. Anyone who picked up the bottle would not mistake what it contained and would be made aware by touching it of the danger inside. They have been filled with a milk like liquid to the rim, the meniscus of which we see on the top of the bottles. This refers again to the original contents.

The objects that Wilson photographs act as conduits between our world in the present and the past and a meditation for the future. A monochrome analogue image is to some extent nostalgic and speaks to the past but is also startlingly contemporary in that we are aware that it is taken in the present. It acts almost like a portal between one world and another. When looking at theses bottles you sense, due to the dangerous content of the liquid they would have originally held, that each bottle has a story to tell. We know nothing of the people who bought them for the liquid they originally contained, but we know they would have touched and handled these bottles. What connects us to the past is the object that remains. Now enlarged we can take a moment to study this everyday object with a history. Something that could so easily have been lost or overlooked gets brought to our attention and its status is elevated through that process. By stilling time and making us pause to look at them up close, this work demonstrates the power of photography to make us stop and reflect for a while.

Colin Wilson is a British photographer based in Derby.  His practice is rooted in the still life and his long term projects focus on ‘rhopography’, the depiction of that which is considered insignificant. The simplicity of his compositions allows for a meticulous and expressive examination of carefully selected objects whose forms have immense force.  Working on large format film and hand printing each print, his process mirrors the contemplative quality of the images.

His work has been exhibited both nationally and internationally, including Belgium, Germany, Hun
gary and Poland and is held in the corporate collections of Deutsche Leasing AG (European Photography collection) Germany and the Mag Collection (Late C20th Contemporary Art).