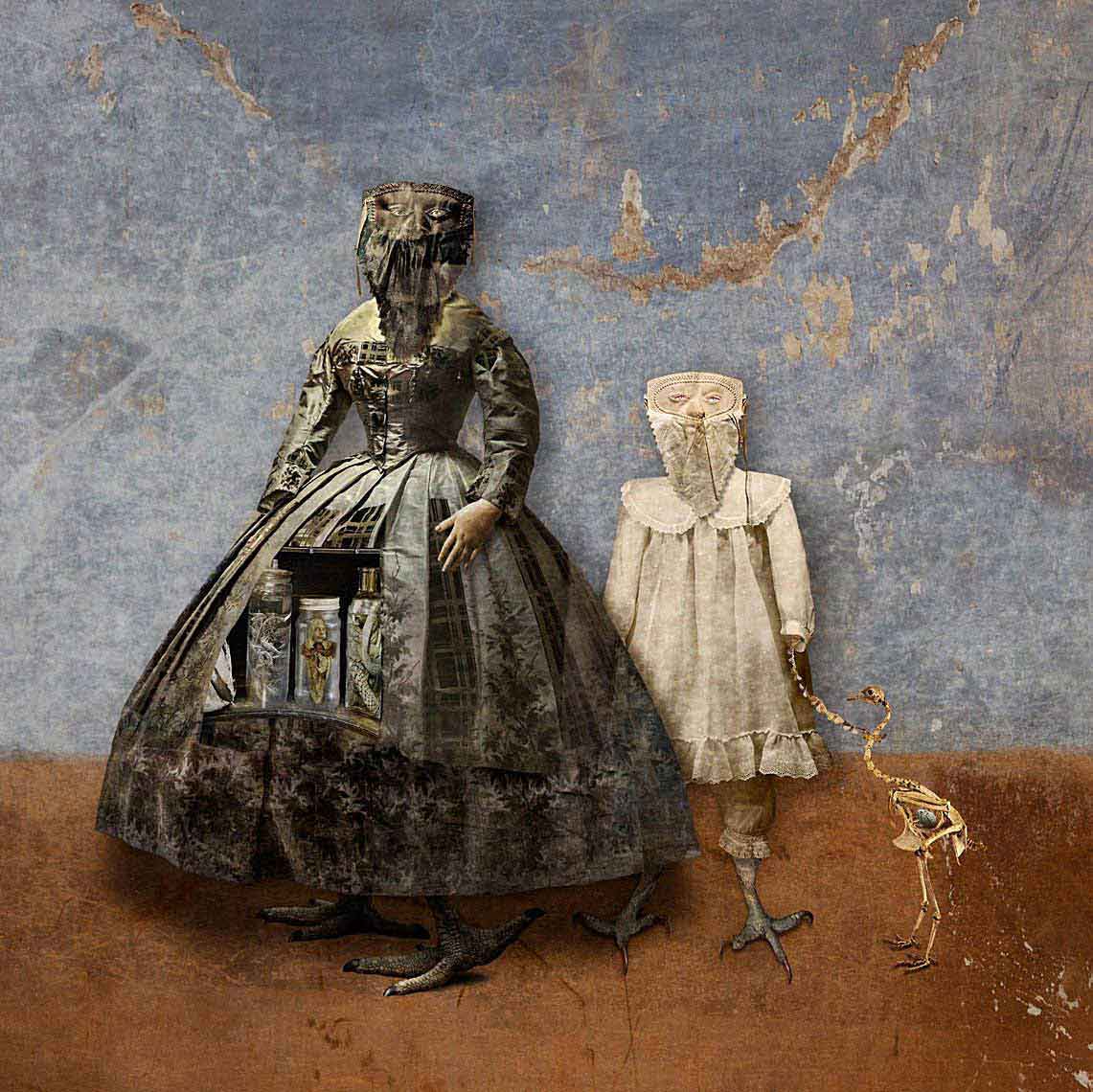 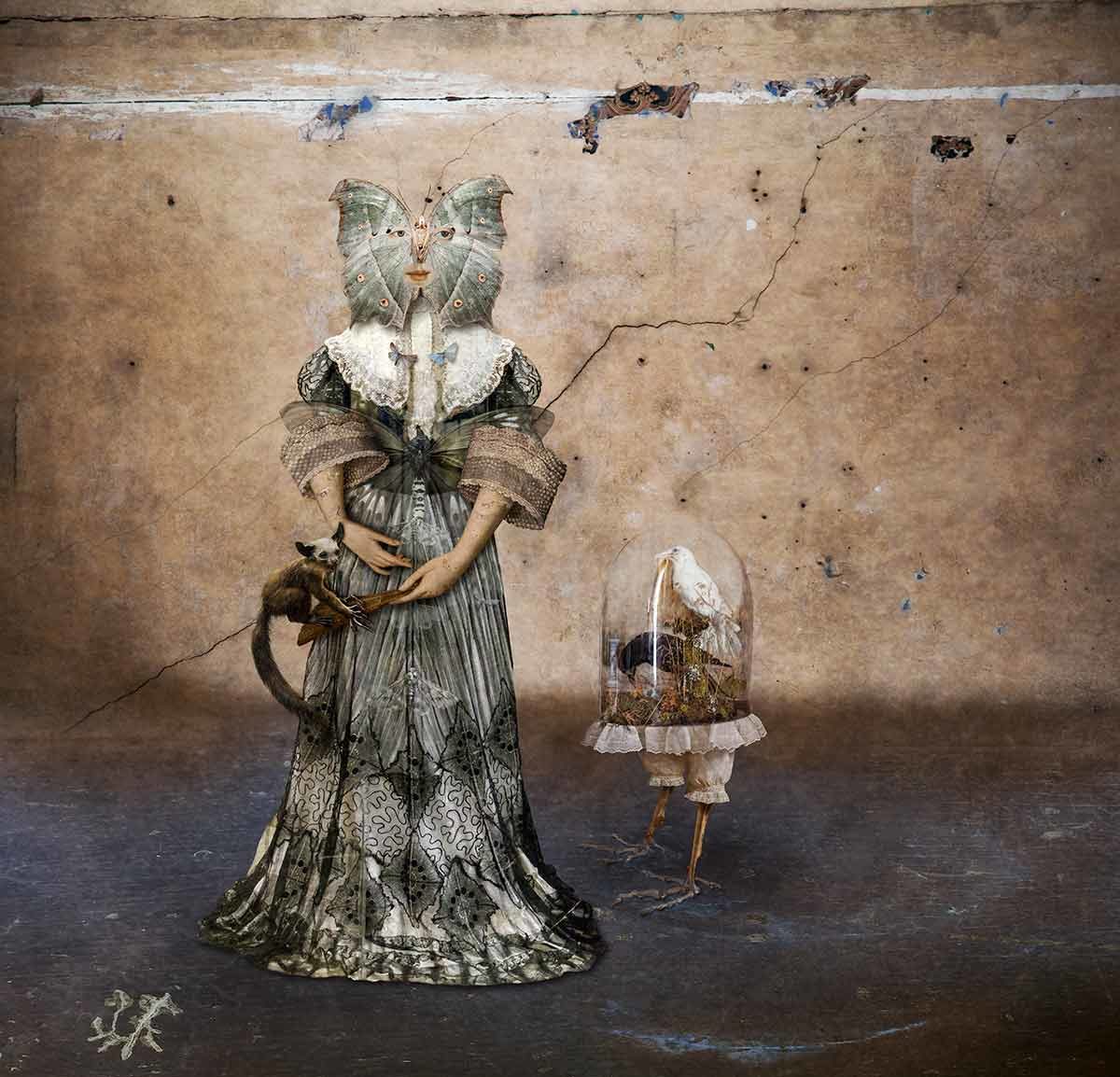 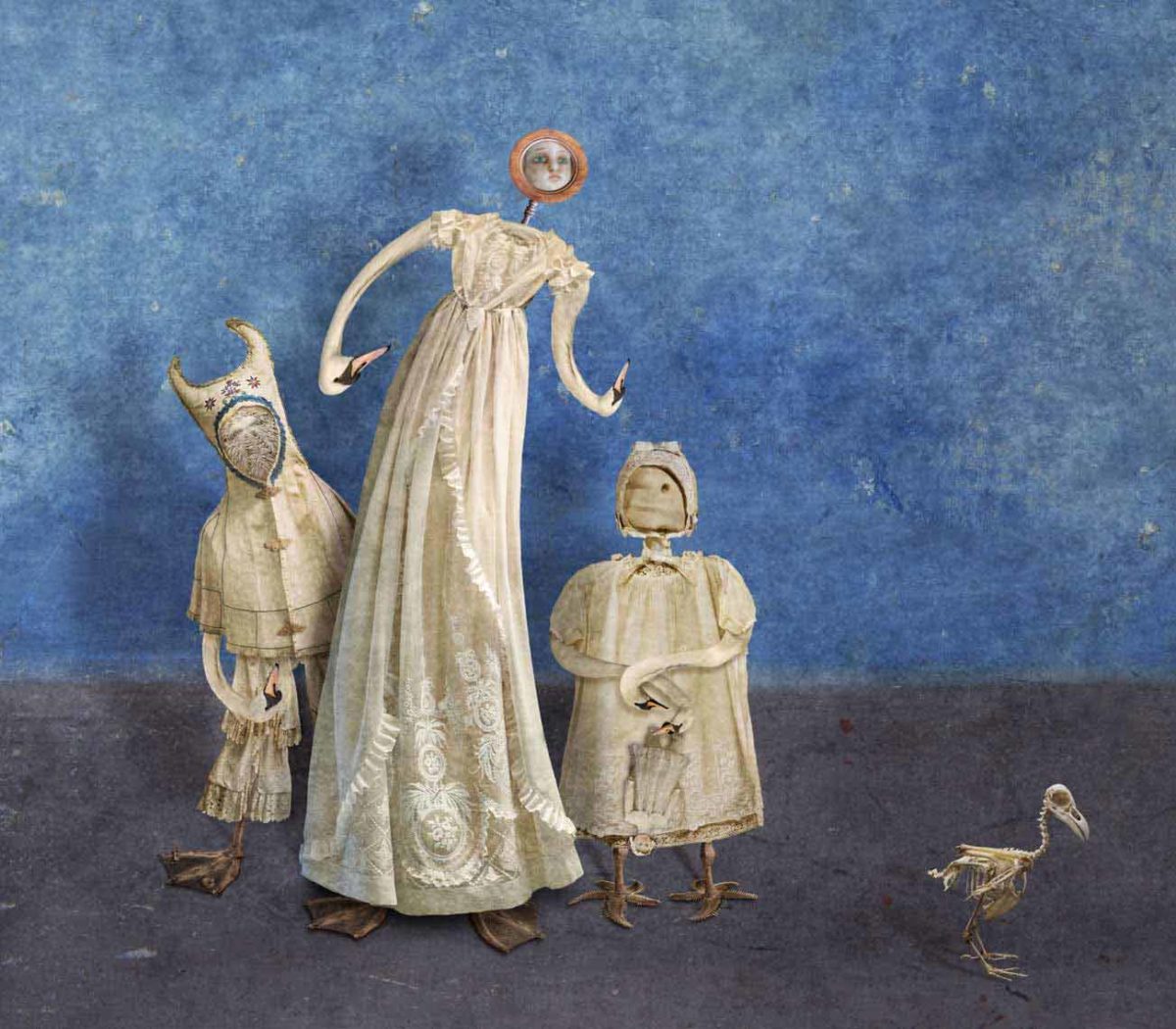 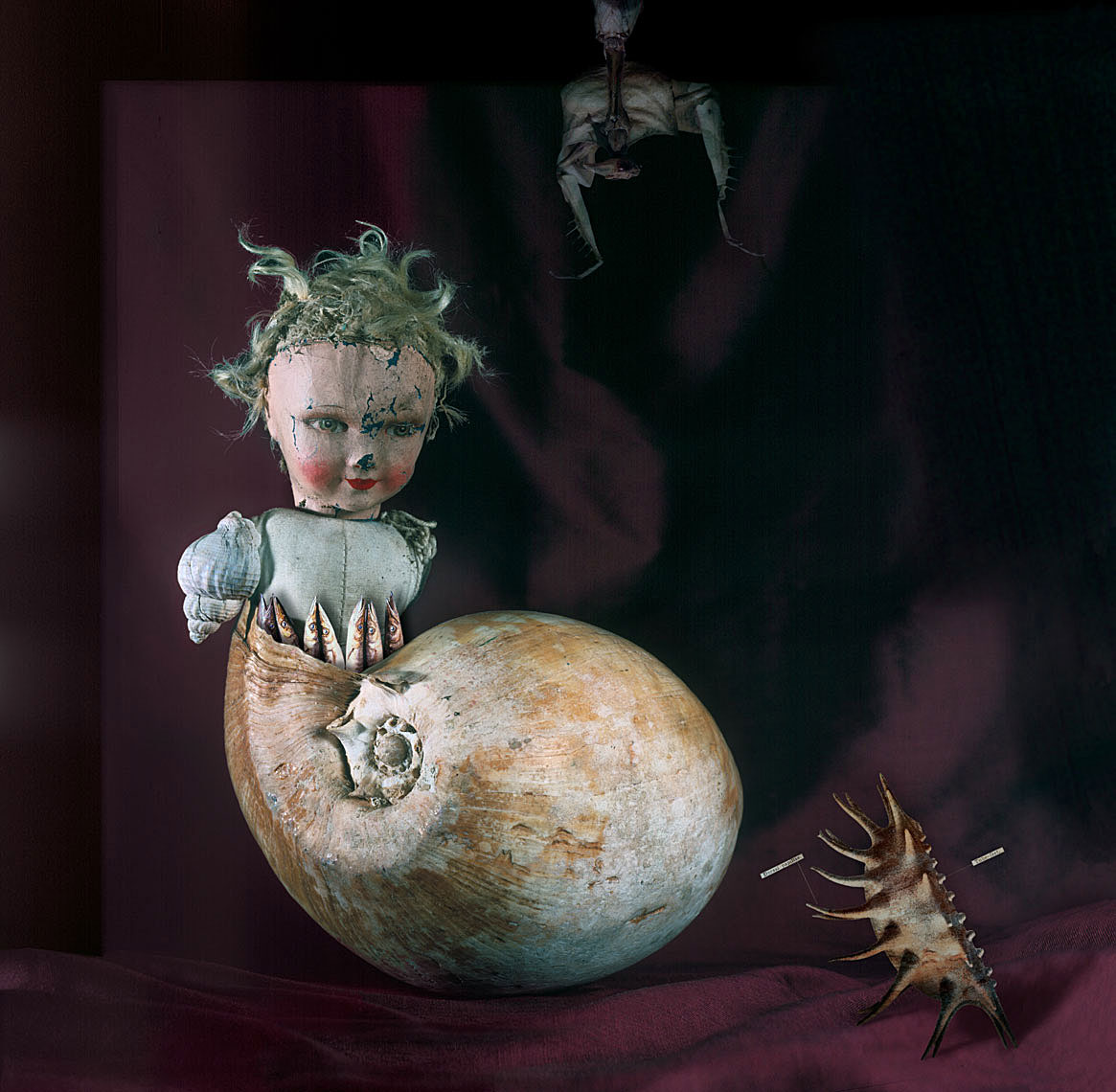 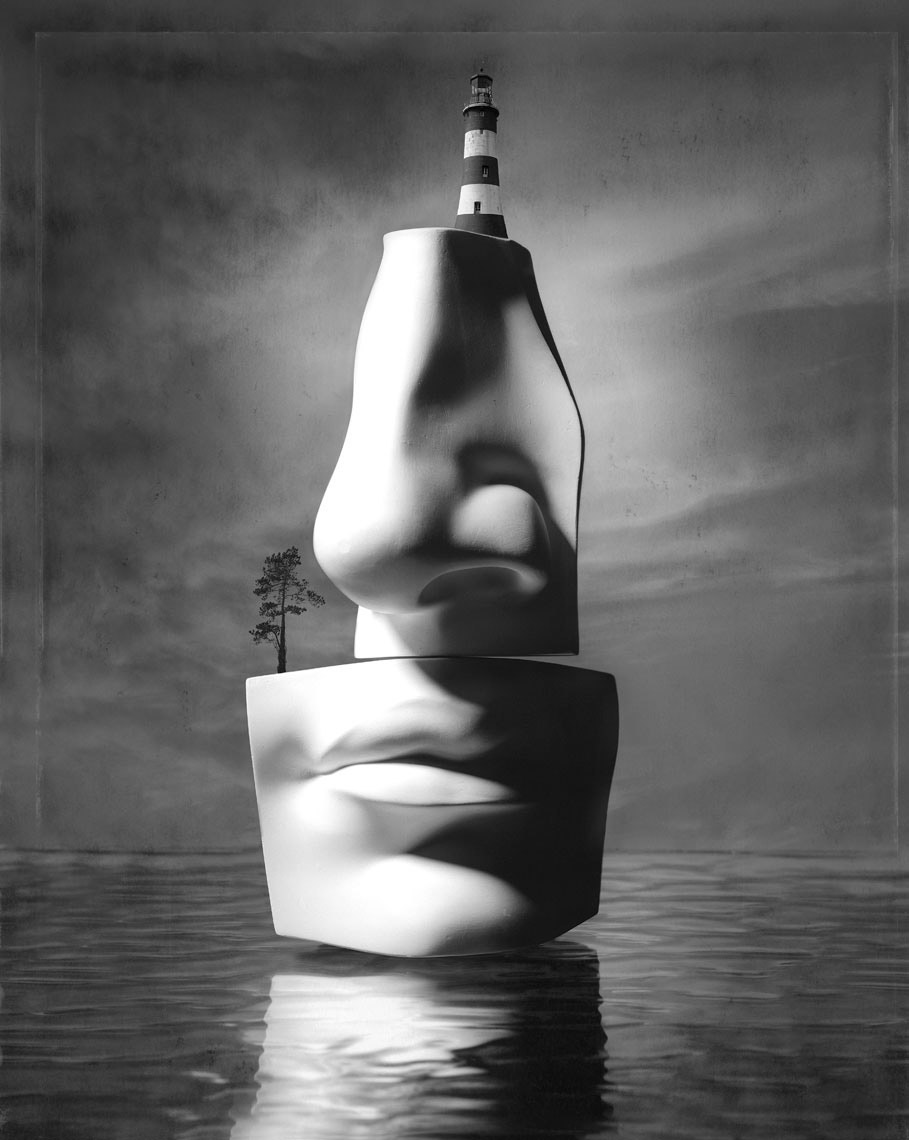 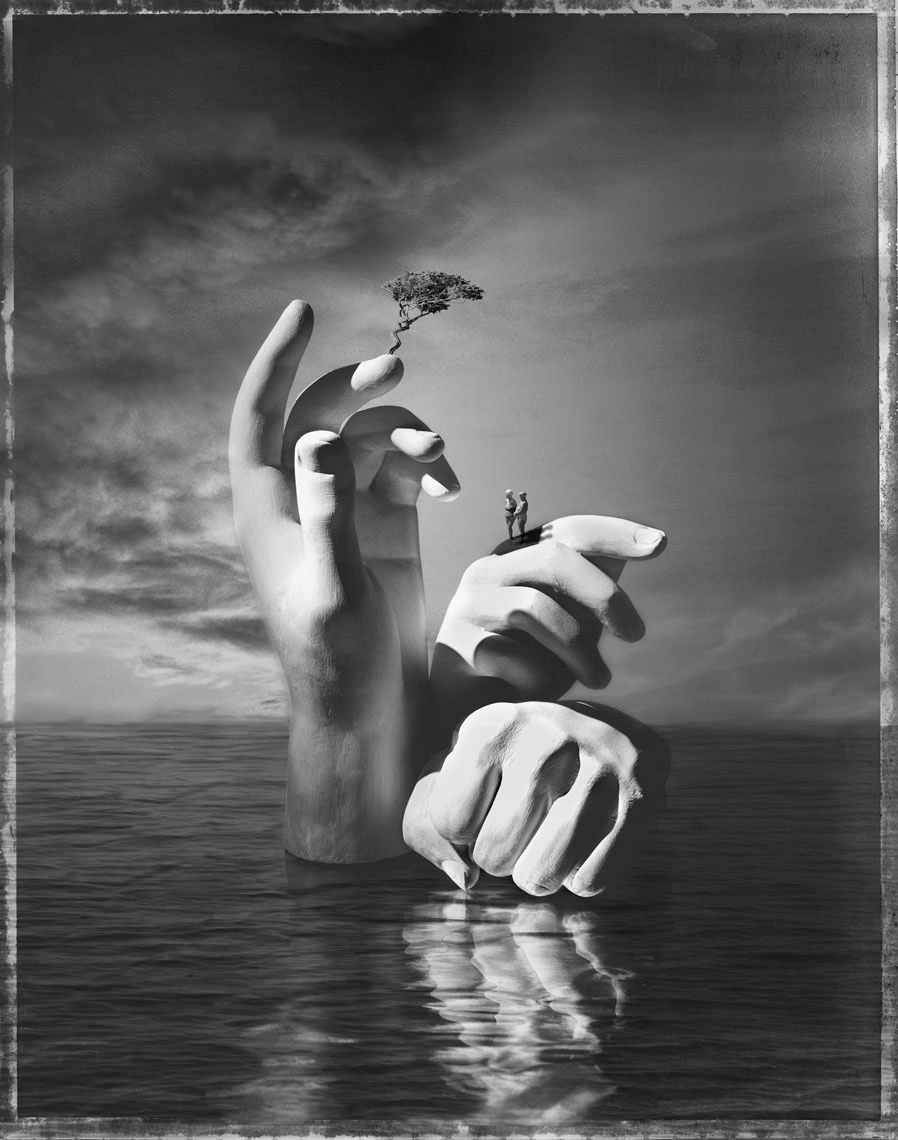 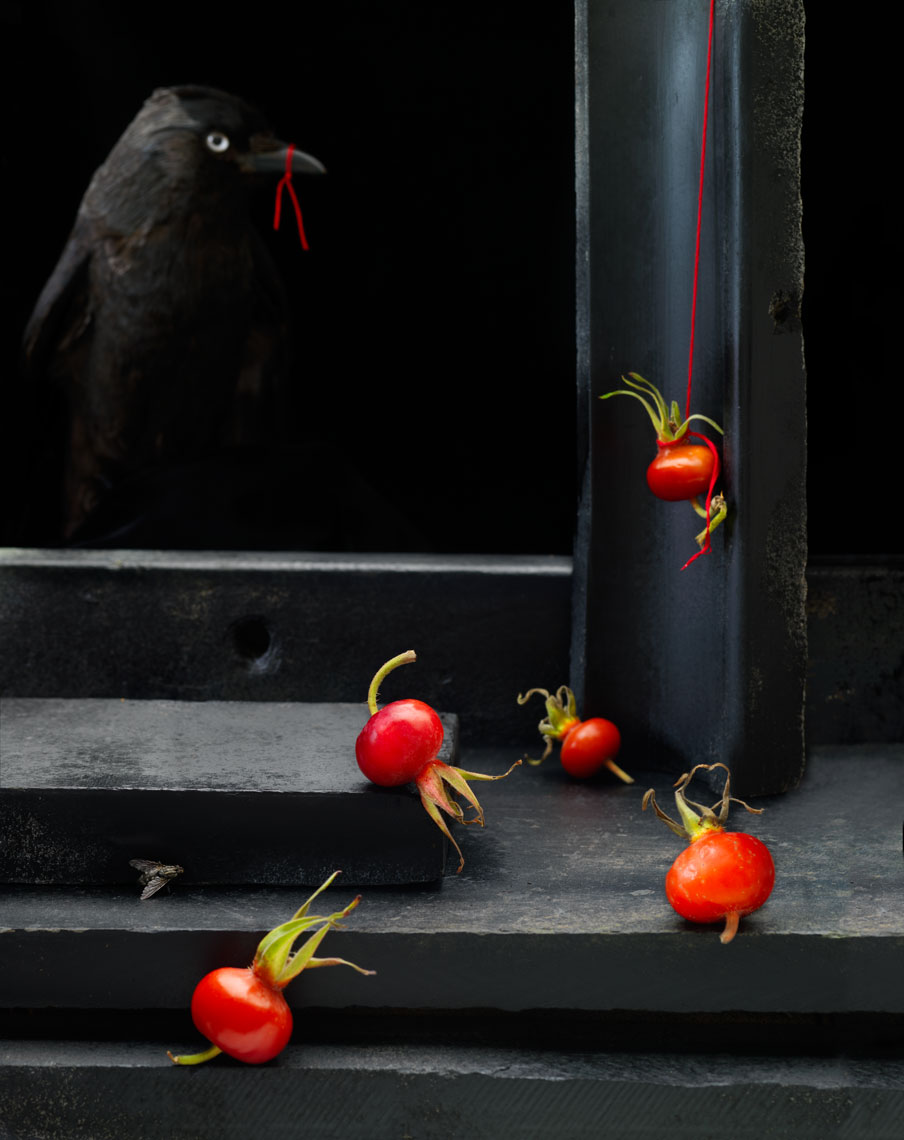 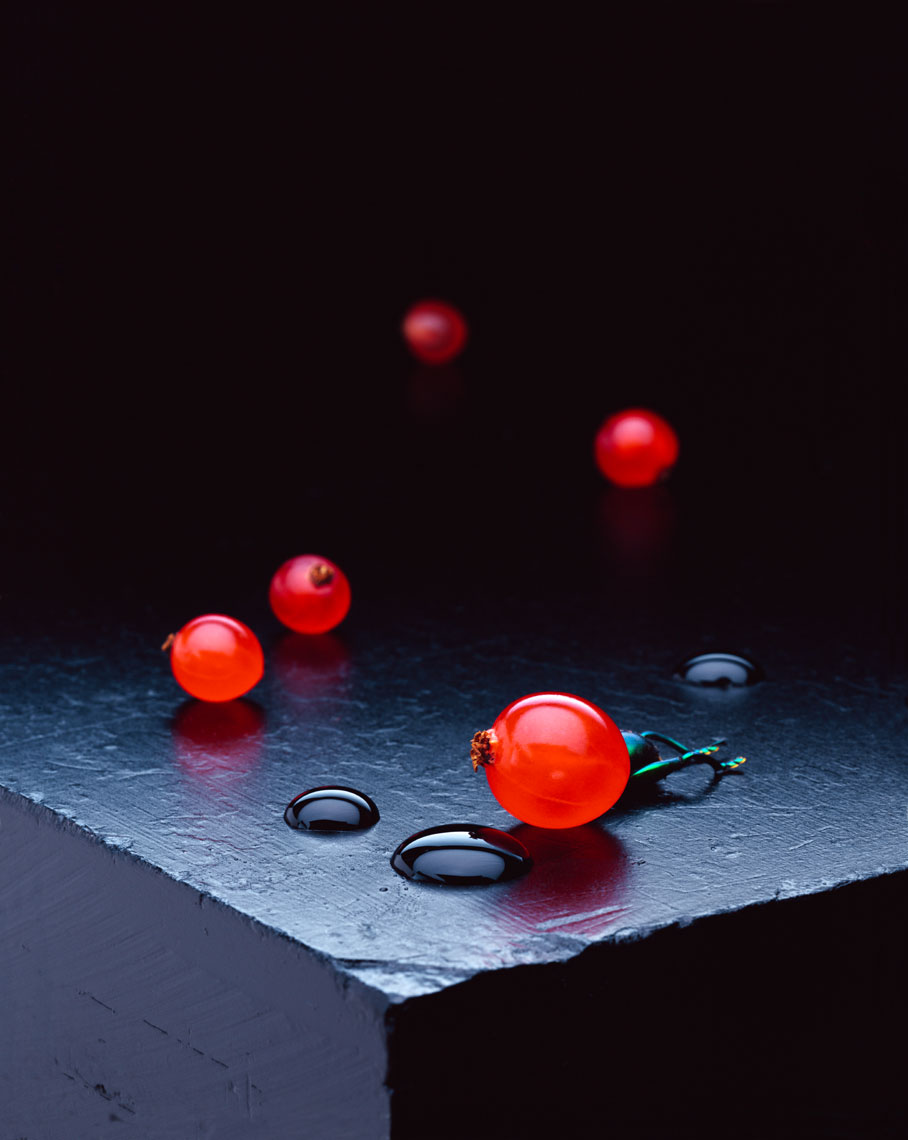 Influenced by the Surrealist movement of the early 20th century, Paul Biddle uses an illusionistic mode of expression to create dreamlike images. His images are sometimes inspired by found objects from nature or will start with a drawing and then a search to find objects to fit the idea. These ideas are then brought to life through his exquisite capturing of light, form, surface and space.

His clever and whimsical compositions show a disregard for the rational through the use of illogical combinations and absurd scenes. By releasing the unrestrained imagination of the subconscious his collaged images tear the familiar world apart, permitting it to be created afresh.  They are non-representational works without clear narratives. As such they defy explicit interpretation and instead evoke a range of associations that engage the viewer’s imagination and emotions.  Masked figures comprising both human and animal forms, fantasy islands constructed from corporeal dismemberment and dark enclaves used as a metaphor for the imagination, convey the enchantment and terror of dreams that is universal.