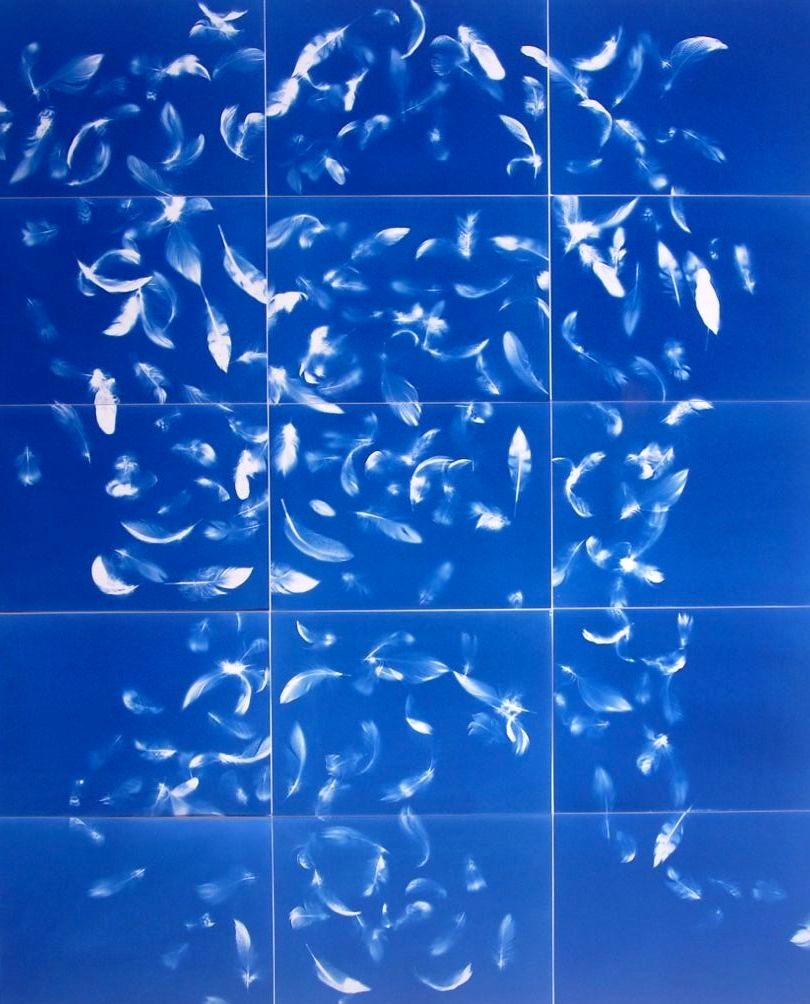 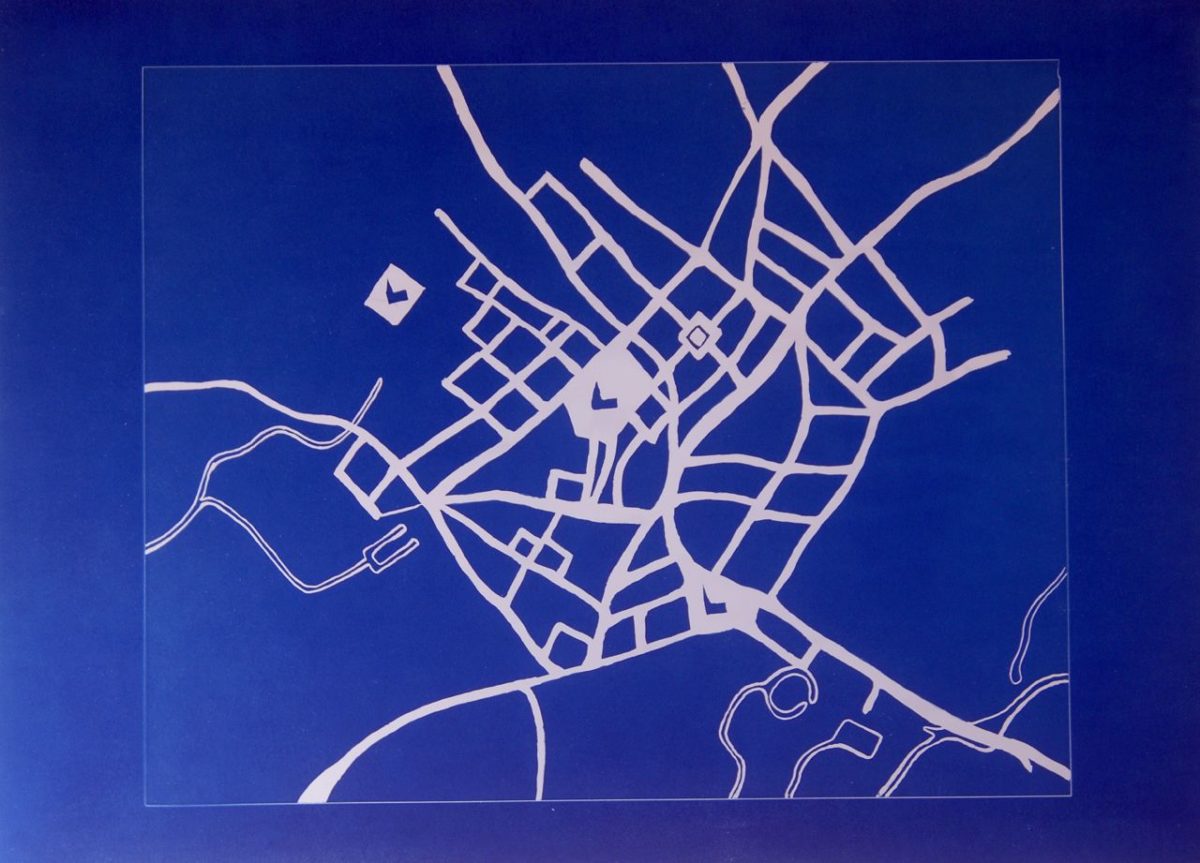 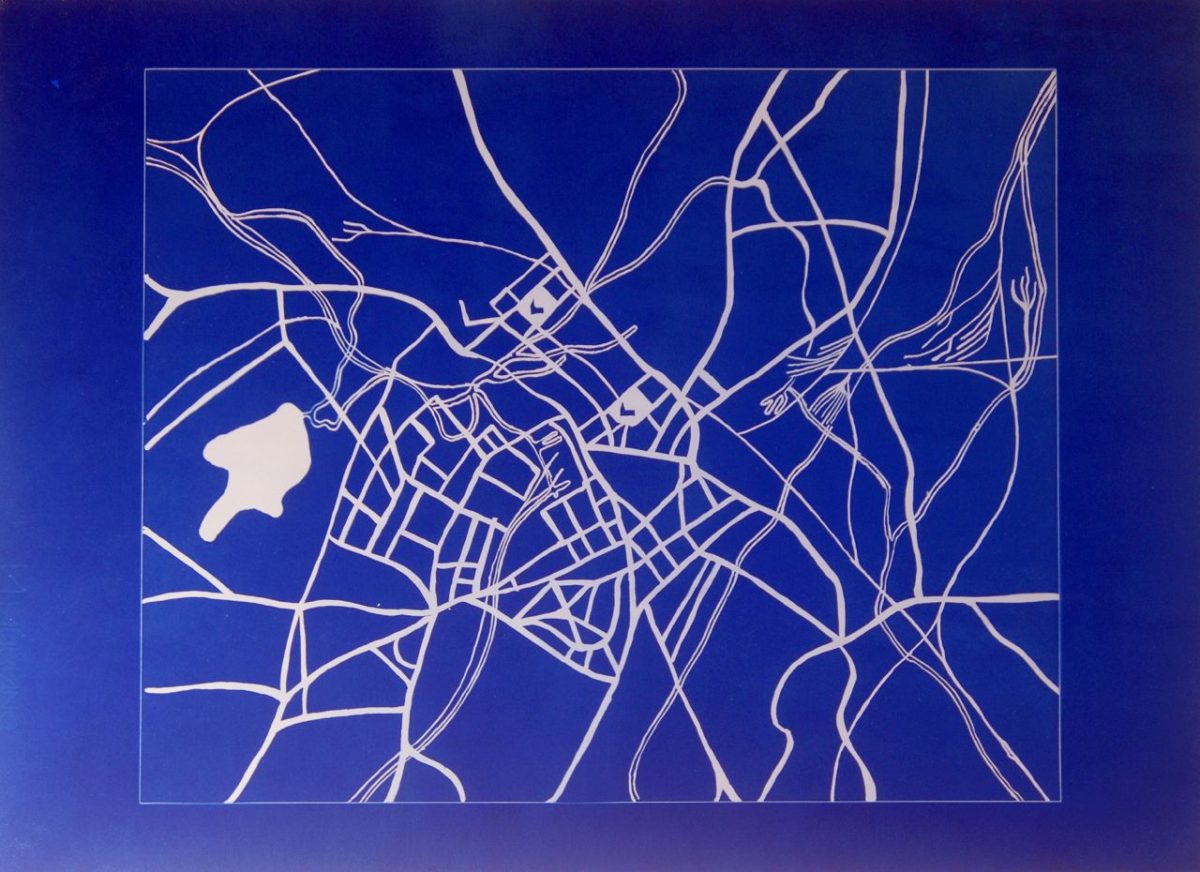 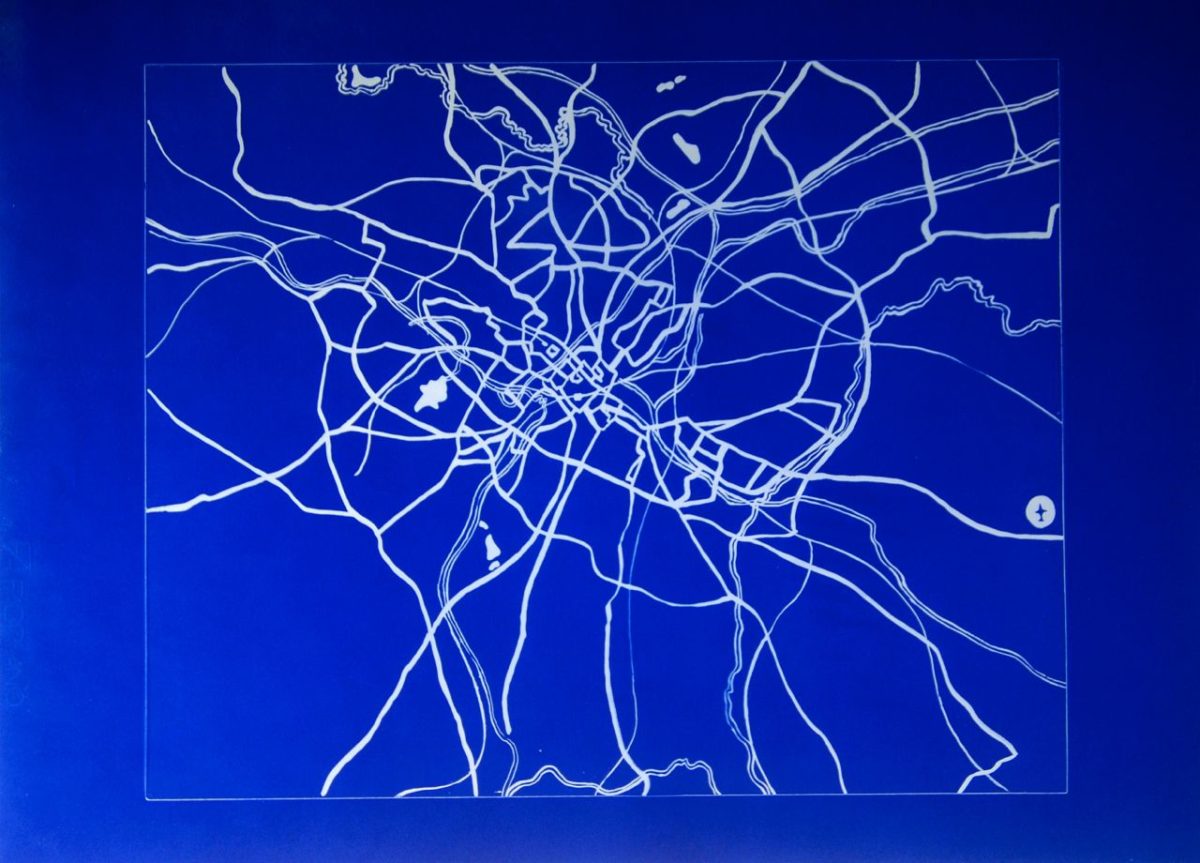 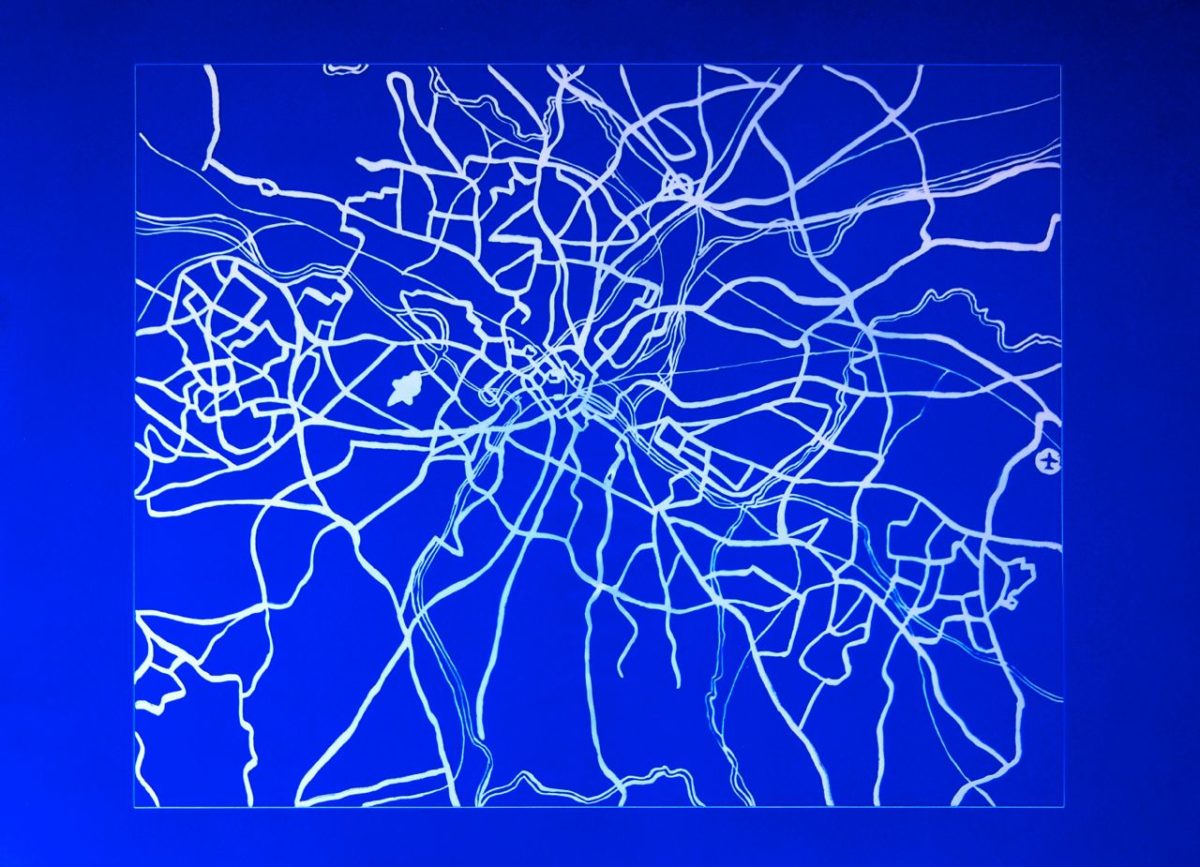 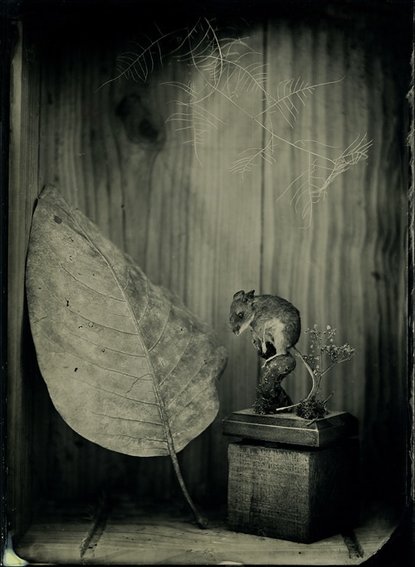 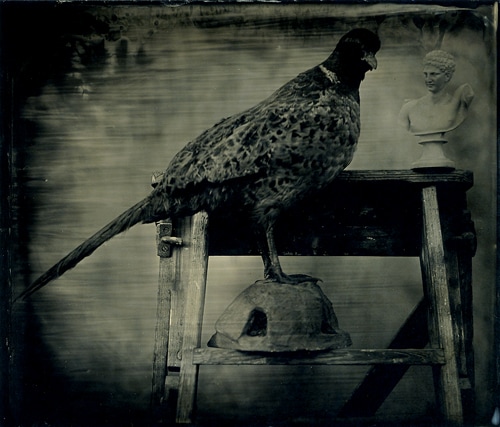 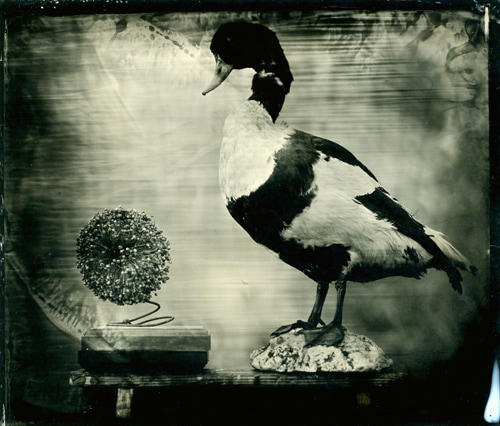 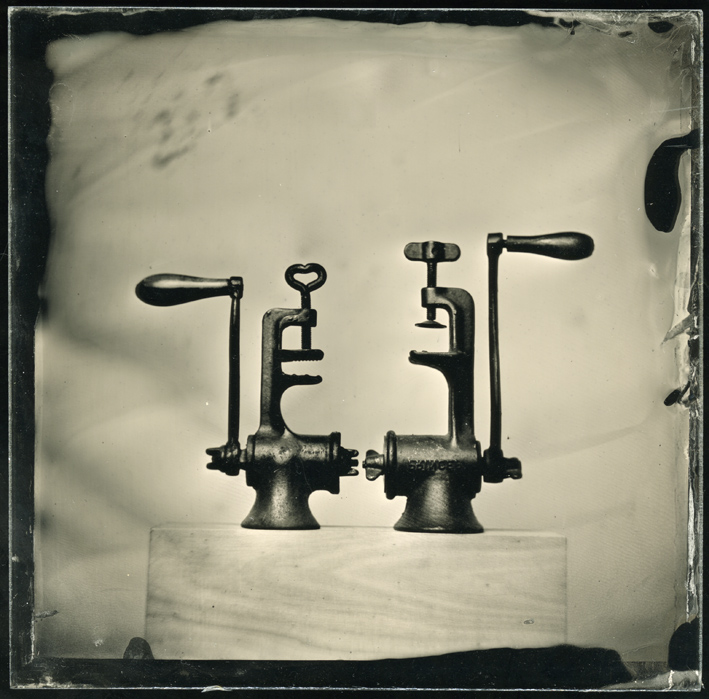 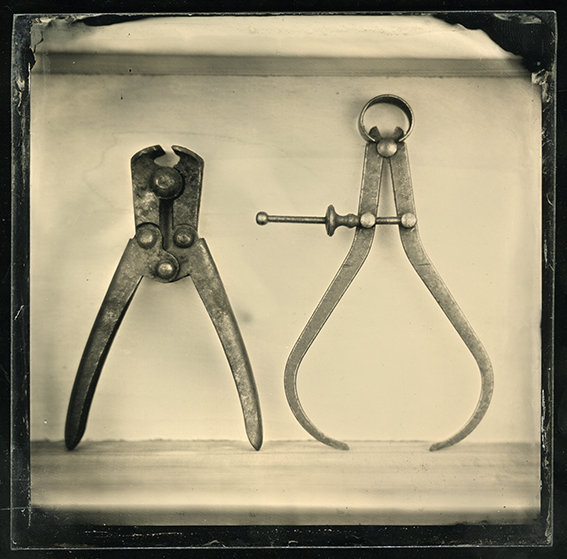 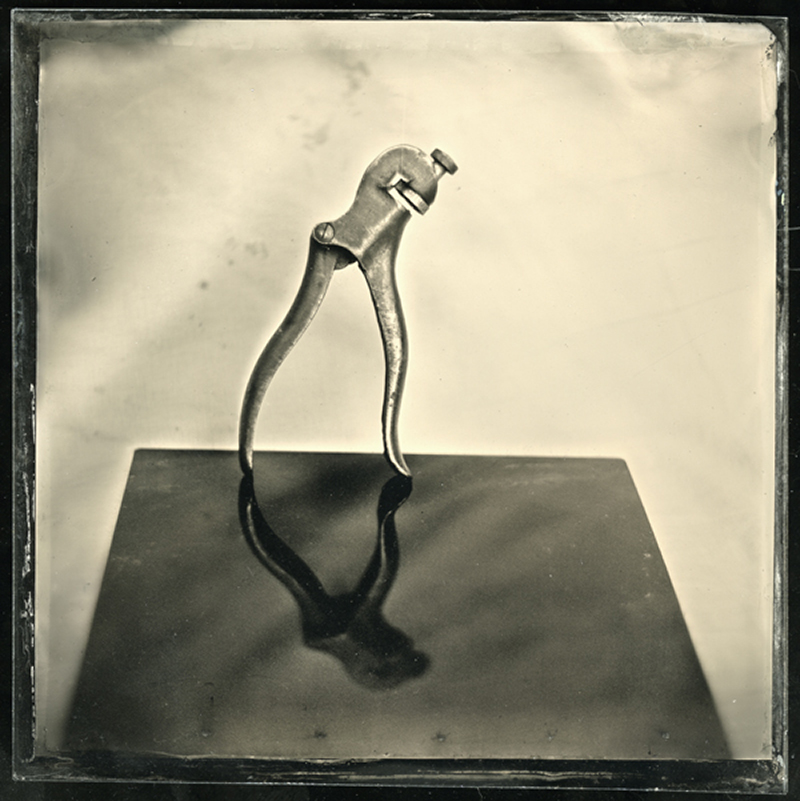 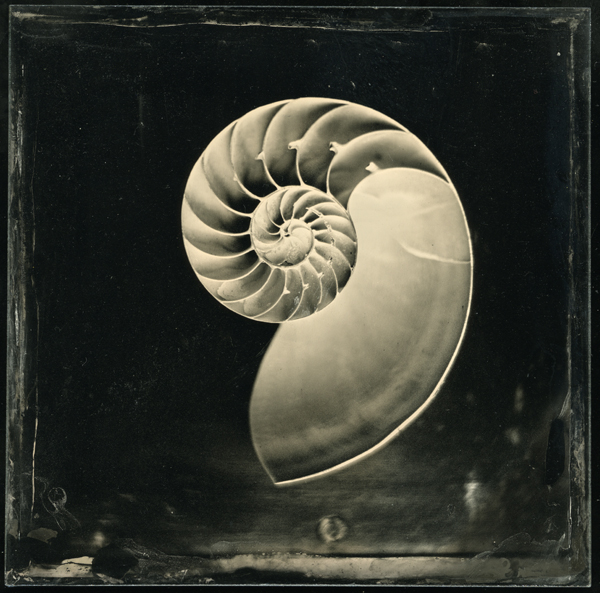 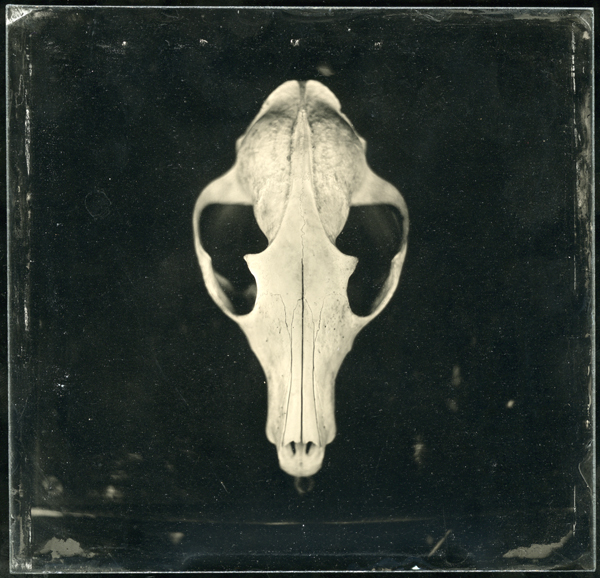 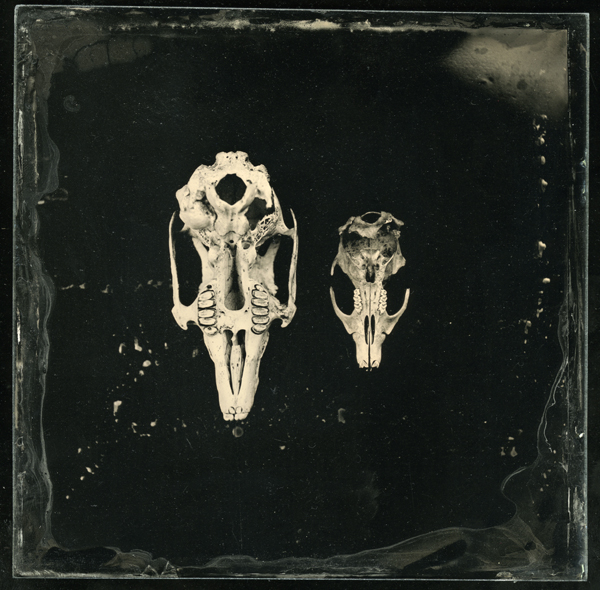 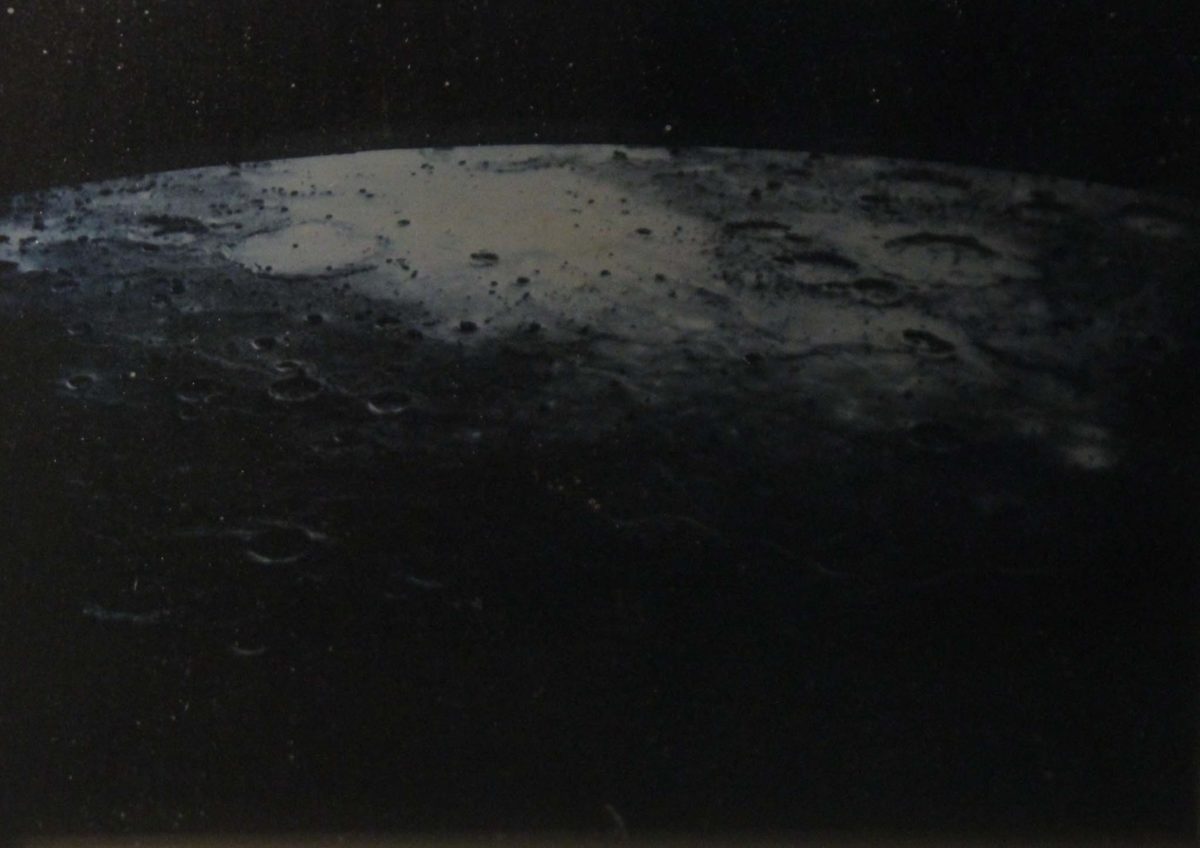 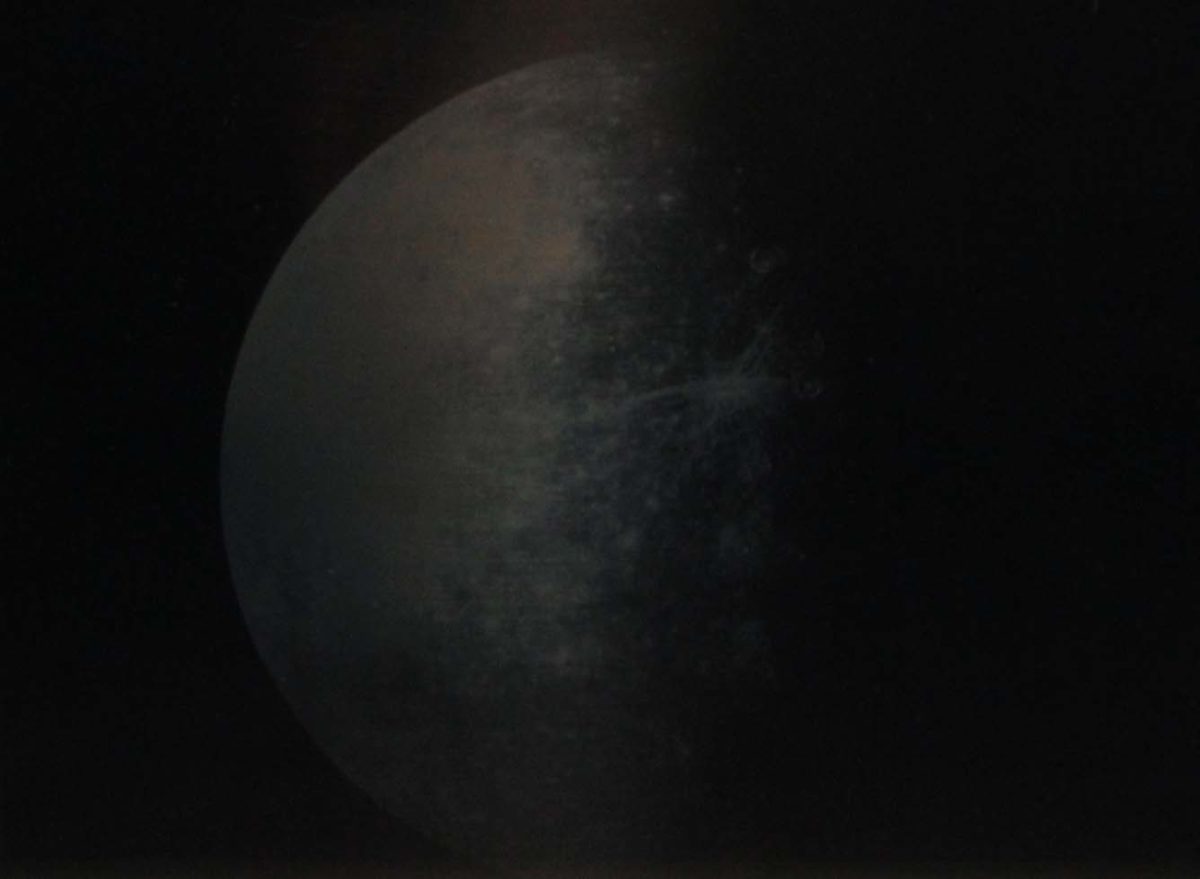 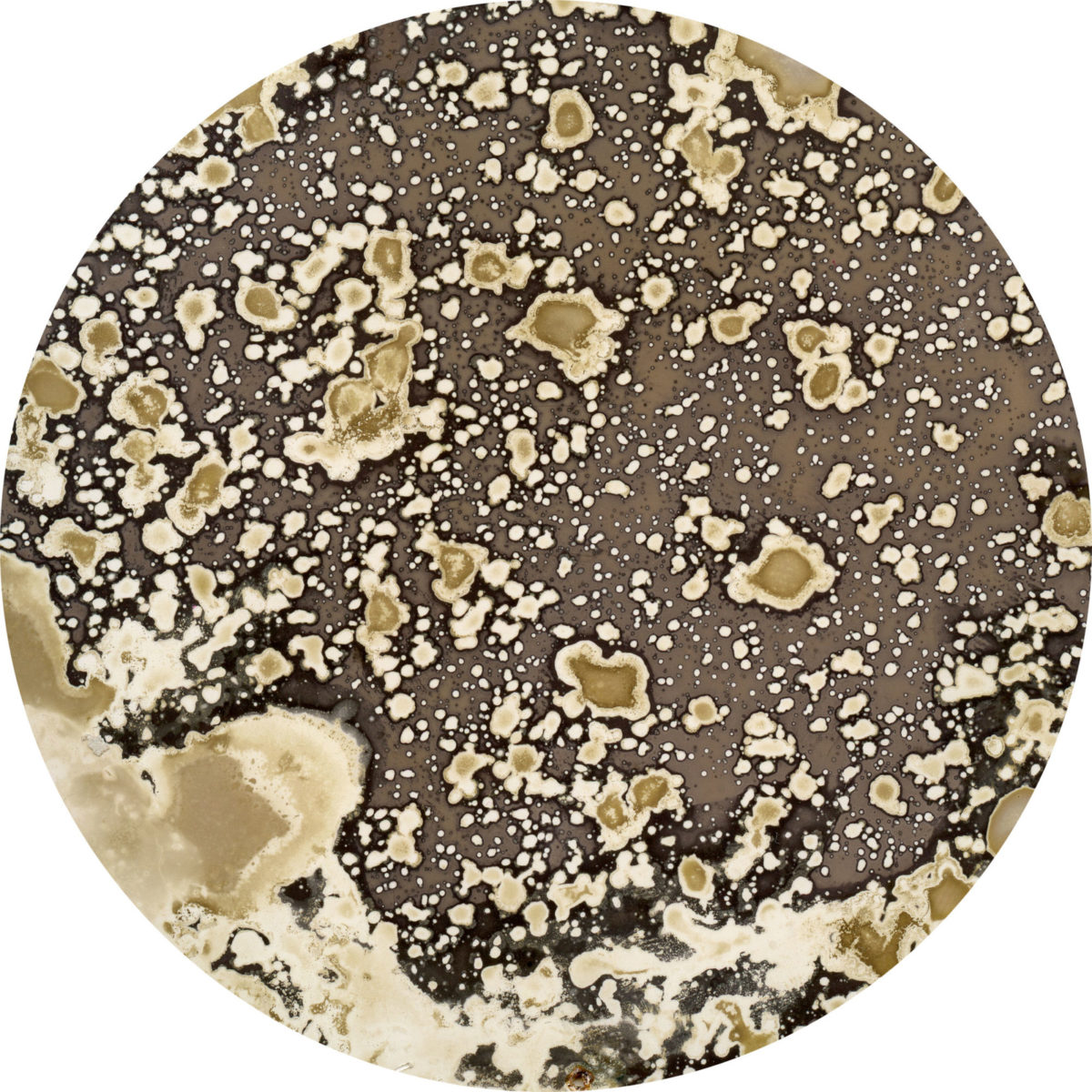 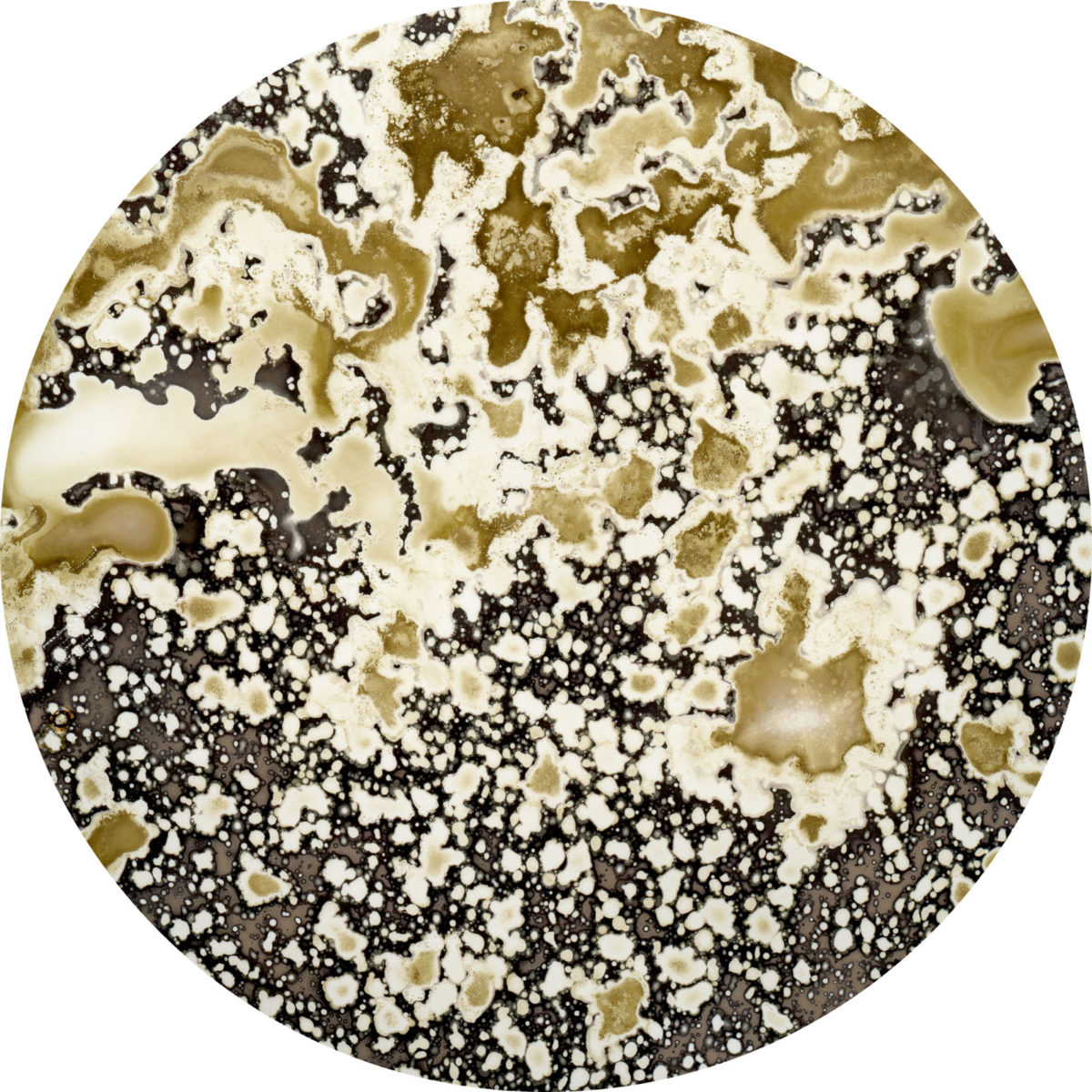 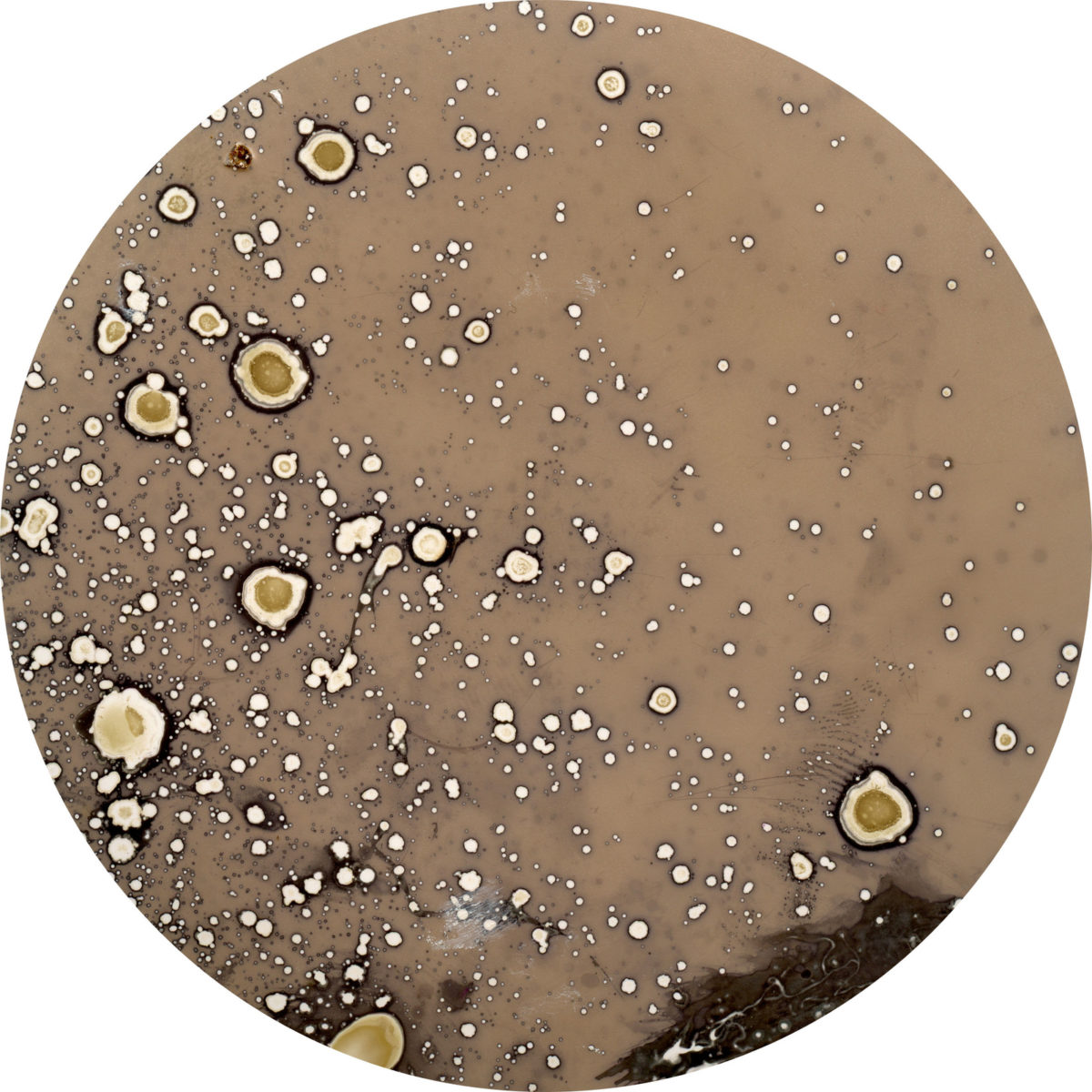 Jo Gane’s photograms come from an on-going series ‘The JHB Archive’, which explores the former home and possessions of artist Julian Henry Beck (1914-2011). The images are constructed using the Crittall windows from Beck’s art deco home.

Discarding the use of the traditional camera, these photograms are striking reversals of light and dark where both process and image are stripped back to their bare essence. It is a process that seems to mystify the subject rather than expose it directly.

Jo Gane is a Nuneaton based artist and educator who graduated from Birmingham City University in 2007 with a BA in Visual Communication (Photography), going on to complete a Masters Degree in Photography at London College of Communication in 2010. Her work has been shortlisted for several awards such as Bloomberg New Contemporaries and the Deutsche Bank award. She regularly creates education programmes for the museum and gallery sector alongside lecturing in photography. A research fellow at BOM (Birmingham Open Media), her practice surrounds early photographic processes, archives and the function of time within an image.

Jo is also currently exhibiting a major solo show ‘A White House on Paradise Street’ at BOM (Birmingham Open Media) that is part of the Developed in Birmingham project incorporating the critically acclaimed ‘Thresholds’ by Mat Collishaw.

Taking her cue from the pioneering ideas and enterprises of the members of Birmingham’s Lunar Society, artist Gwen Wilkinson has created a series of site-specific cyanotypes that depict the geographical and industrial development of Birmingham as a result of their endeavours.

Through a series of abstract maps dating from the 1700s right up to this century, she traces the evolution of Birmingham during the age of the Midlands Enlightenment, through the Industrial Revolution to the significant city it is today. Several of the Lunar Society’s members were investors in the town’s early canal system that began with the Birmingham Canal in 1769. Completed in 1789, the Birmingham and Fazeley Canal was one of the catalysts for the development of the Jewellery Quarter.

The cyanotype process, in its ‘Wedgwood blue’, also pays homage to the legacy of Josiah Wedgwood and especially to the ground-breaking experiments of his son, Thomas, whose ‘sun pictures’ or photograms were a precursor to modern photographic processes.

As a visual artist Gwen Wilkinson is repeatedly drawn to the medium of photography with its ability to incite memory, convey narrative, reveal details which the human eye either overlooks or simply does not see.

Central to her work is an exploration of the intersection between nature and artifice, metamorphosis and decay, dreams and reality. Through a range of landscape and still life photographic studies her work conveys a sense of enigma and the unexpected.

Gwen works with a variety of photographic techniques ranging from historic analogue methods, such as cyanotype and wet plate collodion, to camera-less digital composites. Each process has a unique character and requires a different set of skills and level of interaction. The processes and materials are integral to the work’s expression.

Gwen Wilkinson is a visual artist living in Ireland whose practice includes sculpture and photography. She has a Masters Degree in Fine Art (Media) from the National College of Art and Design, Dublin. She is the recipient of several arts awards including the prestigious Golden Fleece Award (2011) and the Artlinks Award (2009). Her work has been exhibited in Ireland, UK and the USA.

Melanie will be exhibiting two contemporary NASA images of Mercury converted back to the analogue realm of photography, using the becquerel daguerreotype process. In this piece she refers to contemporary constructions of astronomical images – such as the highly dramatised Hubble photographs, where colours are added and certain features are highlighted.  This piece is nostalgic for the golden age of astronomy, where light from celestial objects was allowed to flow naturally onto photosensitive material through telescope and camera without mediation.

Melanie will also be exhibiting a daguerreotype from her ‘Homo Bulla’ series, a piece reflecting on the bubble as a metaphor for the brevity of life. Whilst viewing the bubble daguerreotypes, you will see that the image seems to appear and disappear due to the heliographic nature of the image, a viewing experience which mirrors the transient existence of the bubble itself.

To add to the theme of transience, Melanie will be exhibiting chemigram circles of photographic paper that were sprayed with fixative over two years ago. These chemigrams will be exhibited alongside newer chemigrams created in 2017, in anticipation of the ‘Shadow Merchants’ exhibition. This installation will demonstrate the effect that time has on photographic works that are unfixed, leaving prints to gradually degrade during the course of the exhibition.

Melanie King is multi-disciplinary artist based in London who is studying towards a practice based PhD in Fine Art at the Royal College of Art. Melanie co-directs super/collider, the London Alternative Photography Collective and Lumen Studios.

Melanie’s current research is concerned with the visual language that is associated with astronomical imaging. In her research and practice, she explores the representation of celestial objects in art and science, often using traditional photography techniques. Melanie often explores how materiality can affect our reading of an image, particularly in relation to temporality and our experience of time.

As part of the Developed in Birmingham project, Melanie will be creating a large scale cyanotype print.

Ray Spence’s ambrotype images reflect his interest in form and the beauty in the ordinary. His passion for the natural world comes from a lifetime of studying the relationship between form and function. The images of skulls and the size of the work encourages us to examine the details of these remarkable structures. The images of mechanical objects and tools relates to the ambiguity of our perception of every day objects.

Ray Spence is an award winning photographer, author and artist. He is a retired lecturer in Photography and Moving Image at Birmingham City University and a Fellow of the Royal Photographic Society.

Originally a biologist, Ray’s passion for photography developed into a full time career in photographic education. He has embraced all genres of photography but now works almost exclusively in wet plate collodion photography.

He has exhibited widely in both group and solo shows across the UK and internationally including the Herbert Art Gallery, Coventry, The Menier Gallery London, The Hereford Photography Festival, and The Manege, St Petersburgh.

He is the author of many books and articles on photographic practice and has run many workshops in the UK and abroad sharing his experience.

In 2012 he was awarded the Fenton Medal by the Royal Photographic Society for his contribution to the Society and photography in general.

Tony Richards is a photographer in the original Victorian understanding of the term, in that he considers himself a chemist and experimenter, a practitioner and documentarian rather than an artist.  Relishing process over concept, he confesses that his arresting images are a serendipitous combination of content, the action of light on chemicals and the careful application of time-learnt skills that such historical techniques demand.  However, he also acknowledges the beauty of a collodion image not only in the subtle tonal palette and the incredible pinpoint sharpness that can be achieved, but also the universally recognised historicity of the wet plate aesthetic.

Using a range of subject matter, for this exhibition Tony has produced three 12” x 15” ambrotypes and a series of bromoil prints from repurposed wet plate negatives.  Never fully articulating what his work is about, Tony prefers the work to rest in the aesthetics.  Both processes have the visual building blocks to express an entrancing visual dance between clarity and dreaminess, and the present and the past.

Tony Richards graduated from the University of Northumbria with a degree in Contemporary Photographic Practice. For the past 17 years he has been a Heritage Photographer for the Cultural Heritage Sector using the latest digital technologies.  His expertise in wet plate collodion has led to practical and consultation work in the television and movie industry. He also teaches historic processes through workshops and public events.