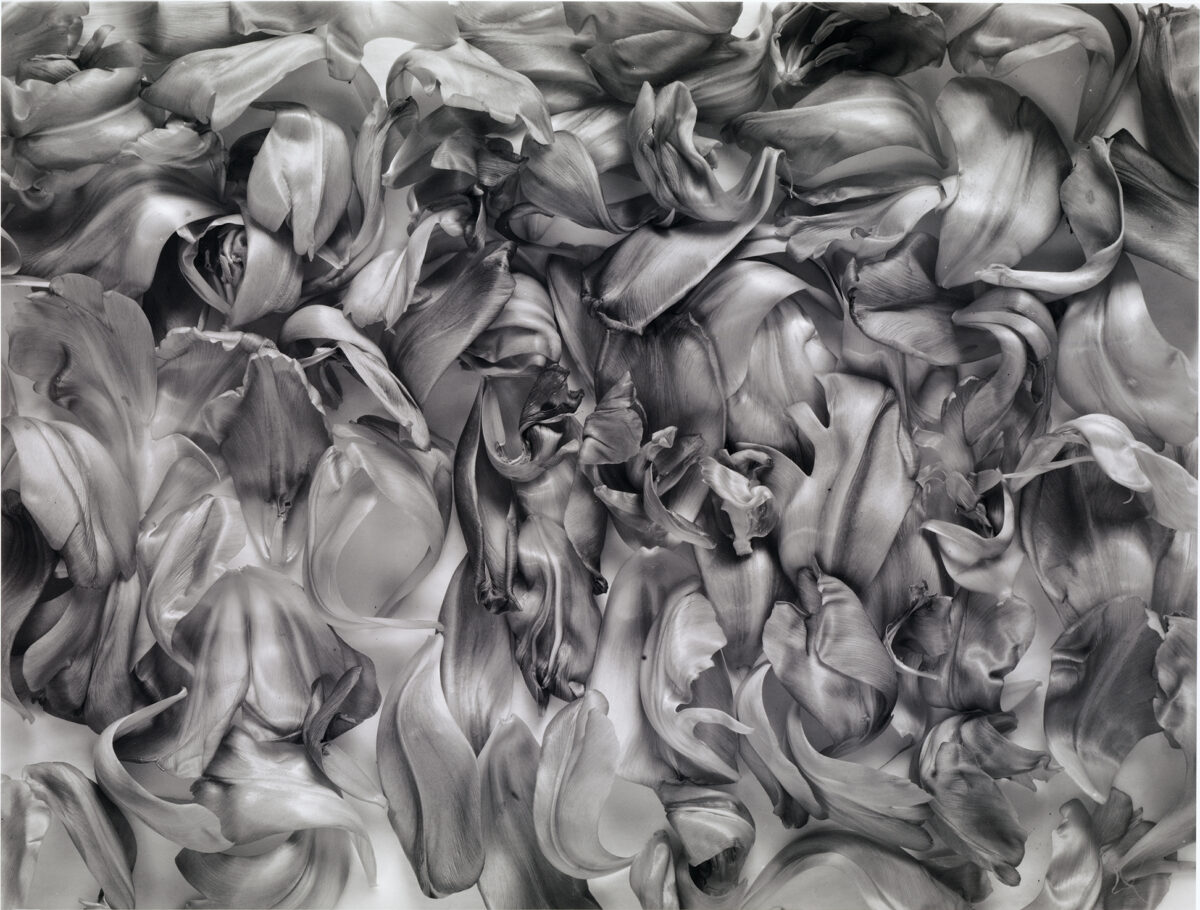 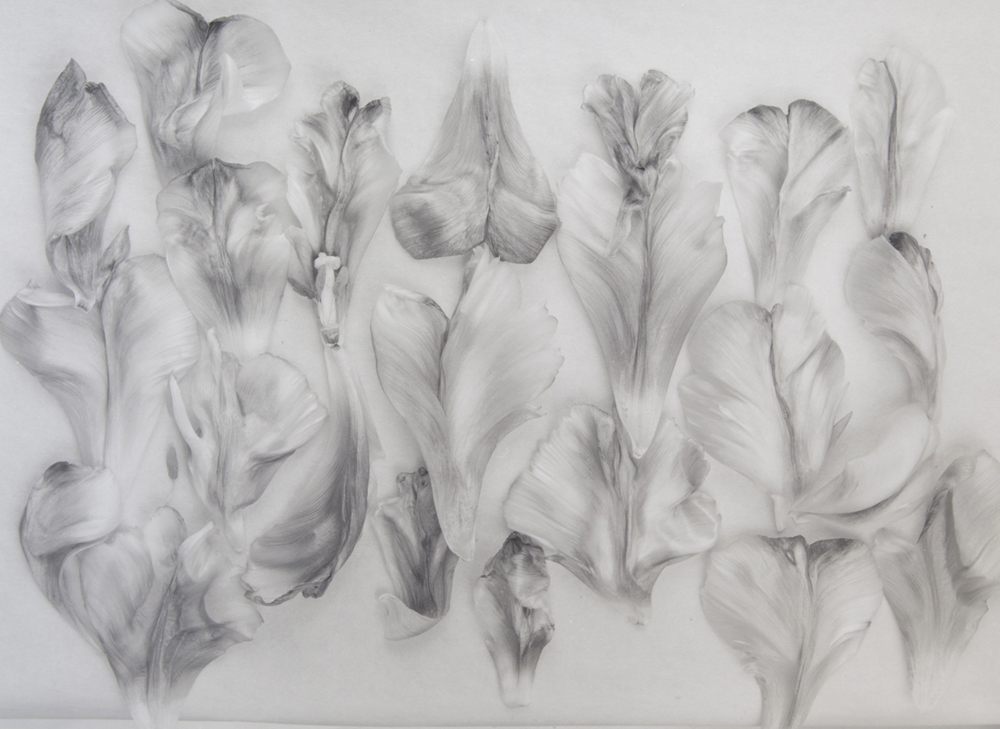 If you are unable to visit in person, enjoy a selection from the exhibition here online

As an extension to its usual contemporary programme, this summer Argentea Gallery is delighted to have the exceptional opportunity to present the sublime work of renowned photographer John Blakemore.

Comprising a selection of hand-crafted vintage and near vintage prints, several of which have not been exhibited before, Tulipomania delves into Blakemore’s enduring fascination with the tulip flower.  Over a twenty-year study, tulips were gathered, arranged and photographed in their numerous states of life and death; fresh, dried, dissected and decayed.  From his earlier, ethereal depictions of the simple beauty of a vase of tulips to his sumptuously layered and intricate compositions, these photographs show Blakemore’s profound understanding of his subject matter and complete mastery of darkroom printing.

Of his pre-occupation with the tulip, Blakemore says:

“The tulip, a flower of constant transformation, of a sensual and gestural elegance, has been a continuing motif in my work since 1985.  A motif, a fascination, fact and symbol it was both text and pretext for an exploration into picture making.”

For this long-term study, Blakemore found inspiration from historical art and the still life paintings and drawings of tulips and other flora. His obsession with the tulip is illustrated in the title Tulipomania, in reference to a period in the Dutch Golden Age spanning the 17th century. At that time the newly introduced and fashionable tulip reached excessive financial popularity as a high value item of exchange, with fortunes made and subsequently lost in the trading of rare bulbs.

These exquisitely handprinted and toned silver gelatin prints are not formally editioned and no more will be printed.  Therefore, this exhibition gives both the occasional buyer and seasoned collector the chance to acquire the very last of Blakemore’s iconic tulip prints.

John Blakemore (b. 1936) is one of the most revered and influential figures in British photography. Self-taught and starting his career under the Black Star agency, he developed his personal work to become one of the UK’s leading landscape and still life photographers.  His work has been exhibited world-wide and he is regarded as one of the finest master printers in the country.

Blakemore has been the recipient of Arts Council awards, a British Council Travelling Exhibition, and in 1992 he won the coveted Fox Talbot Award for Photography. He was made an Honorary Fellow of the Royal Photographic Society in 1998 and became Emeritus Professor of Photography at the University of Derby where he taught from 1970 to 2001.  He has published five monographs and his work has been acquired by private and public collections worldwide, including a significant archive at the Library of Birmingham.