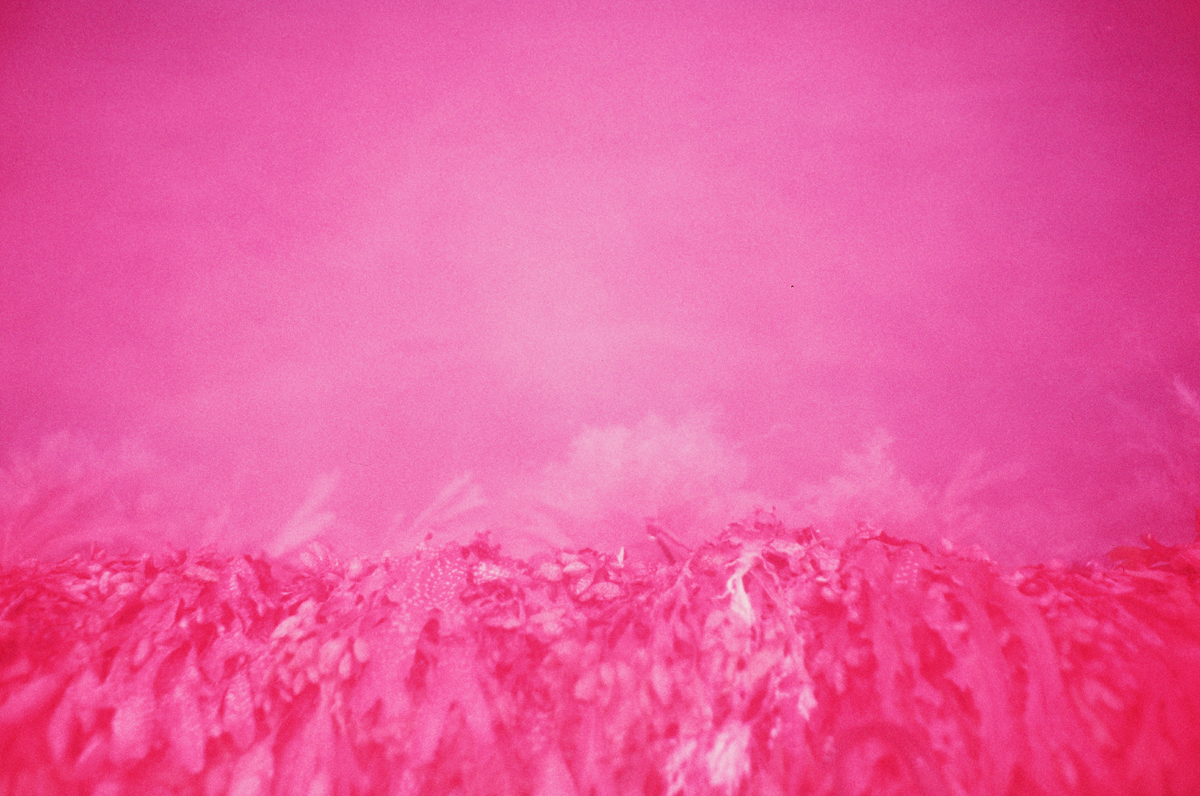 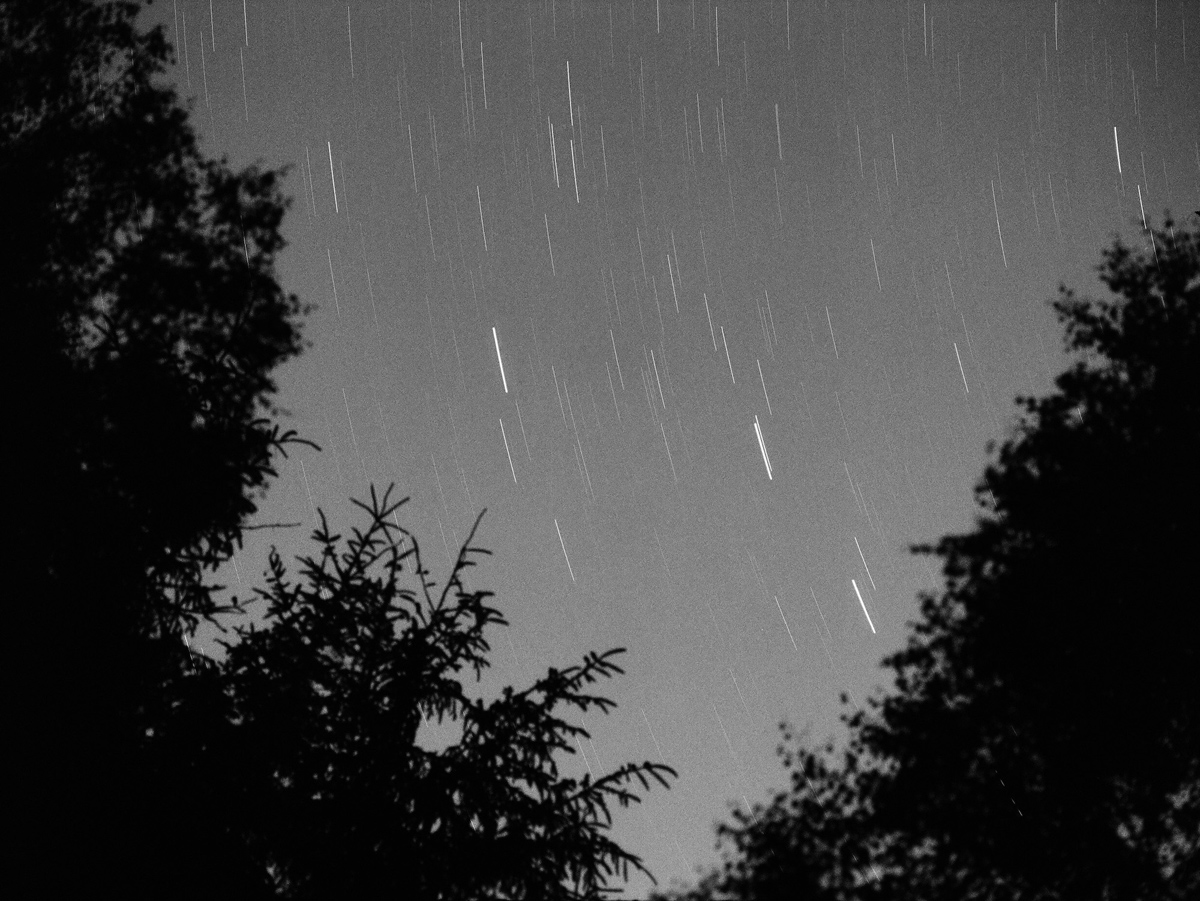 Wavelengths is an exhibition of analogue infrared photographs of the Finnish and UK landscape together with Ancient Light, a series of black and white photographs and mini lightboxes capturing the night sky.  King’s practice combines science and art and interprets natural phenomena using a variety of frequencies of light.

Wavelengths is a series of previously unseen photographs made on infrared film during a residency in Kilpisjärvi, Finland and in Margate, Kent. Focussing her camera on plants, trees, lichen and seaweed, King created photographs saturated in striking pink tones – the infrared film rendering the colours and textures of the natural forms in glowing magenta.  With its crisp, arctic air and abundant vegetation, this northernmost part of Finland provided King with the opportunity to convey the organic landscape through an unfamiliar aesthetic. Even in the more familiar Margate, King’s perspective above the seaweed of Walpole Bay together with the unusual hue adds to the strange and unexpected.

In her Ancient Light series, produced during residencies at Grizedale Forest (UK), Joya AIR (Spain), Atina (Italy) and the UCLO Observatory, London, King ventured outside in the darkness, embracing the starlit landscapes to create a series of black and white, long-exposure photographs of the night sky.

“I am interested in capturing light that has travelled for thousands, if not millions, of years before reaching the photosensitive film.  In some cases, light has been travelling from the stars for longer than the existence of conscious life on Earth.”

Inspired by the common histories of photography and science, King is interested in the relationship between astronomy, photography and materiality, in particular the innate connection between the photograph as object and the Earth itself.  Her research considers how the silver used in photosensitive film is extracted from the Earth and how its atoms were forged in the furnace of a supernovae.  Commonly used within the field of astronomy to view distant galaxies and nebulae, infrared photography allows us to see phenomena in a way we would not usually see with the naked eye. Similarly, long exposures of the stars allow us to see streaks of ancient light in the sky as the Earth turns on its axis.

Melanie King is an interdisciplinary artist, with a studio and darkroom in Ramsgate, Kent. She is a practice-based PhD Candidate in Fine Art/Printmaking at the Royal College of Art, a graduate of the MA Art and Science at Central Saint Martins and of the BA Fine Art at Leeds Art University. She is a lecturer at the Royal College of Art and the University of West London and co-director of the London Alternative Photography Collective, Lumen Studios International and super/collider. In 2020, King received funding from Arts Council England and South East Creatives. She has exhibited within the Hasselblad Foundation (Sweden) BOZAR (Brussels) Unseen Amsterdam (Netherlands), the Williamson Gallery (Los Angeles, USA) and CAS Gallery (Japan). King has been commissioned by the European Commission, Bow Arts, Museum of Freemasonry (Lumen), Green Man Festival (Lumen), the Watermans Gallery, COS Stores / Design Miami and the Wellcome Trust. Melanie regularly presents her work at conferences, universities and notable galleries including the V&A Museum, Science Museum and The Photographers’ Gallery.