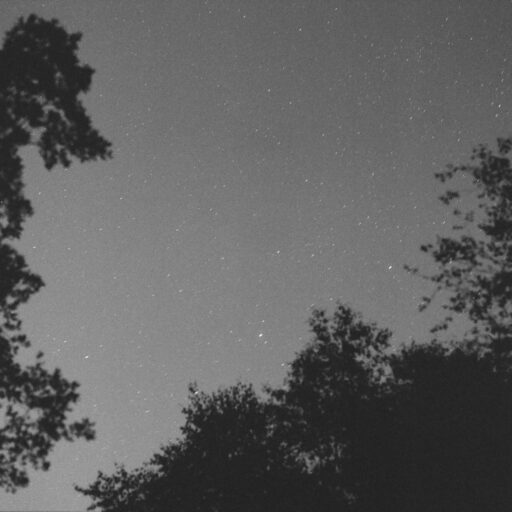 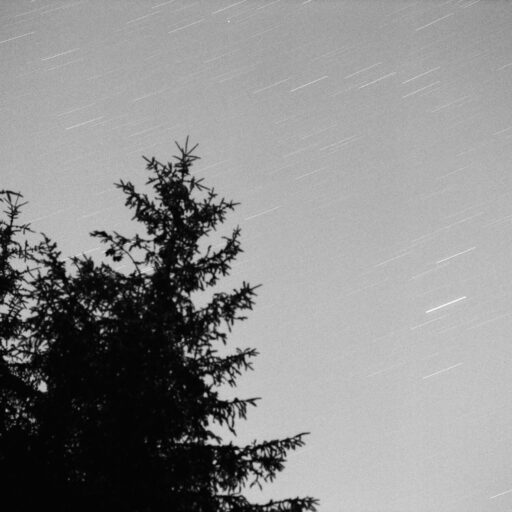 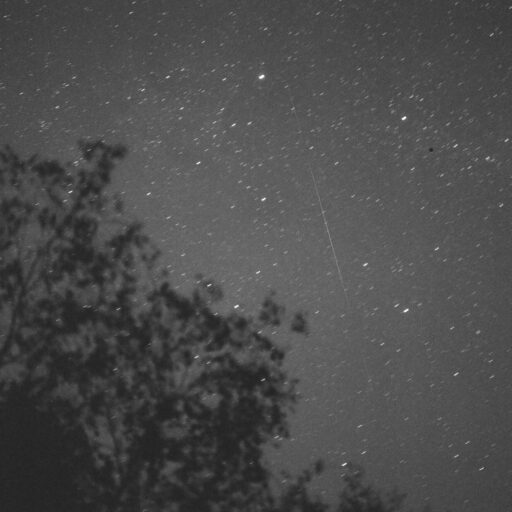 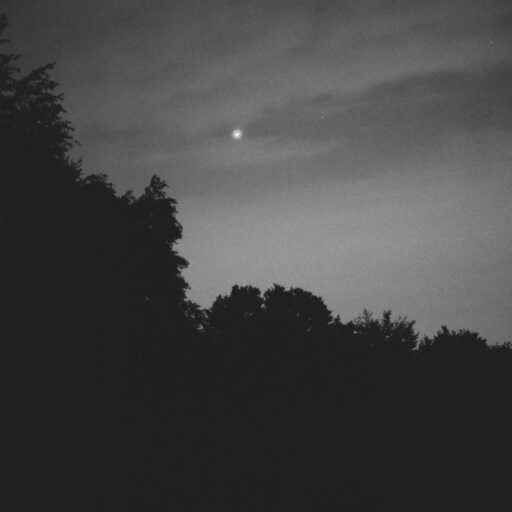 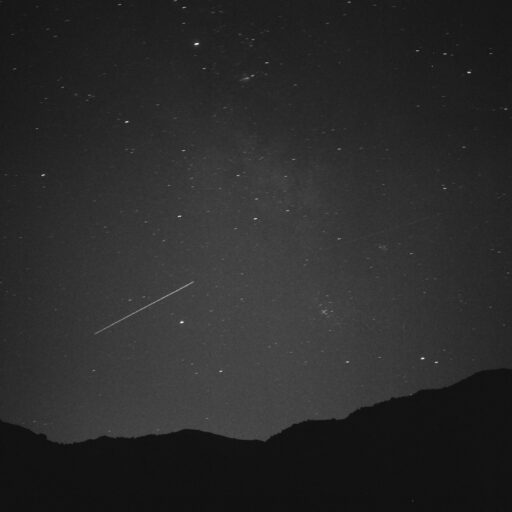 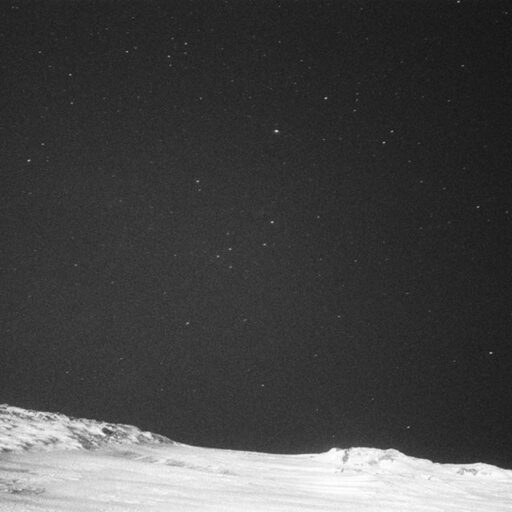 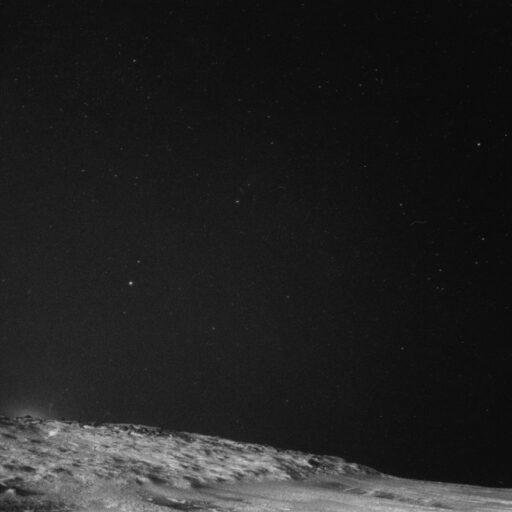 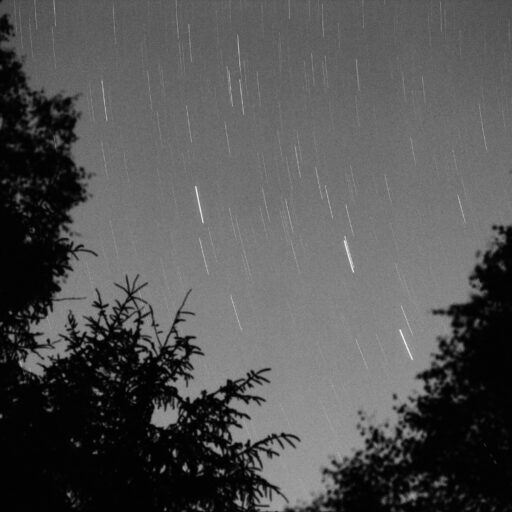 Ancient Light is an ongoing series for King capturing the night sky through analogue black and white film. During residencies at Grizedale Forest (UK), Joya AIR (Spain), Atina (Italy) and the UCLO Observatory, London, King ventured outside in the darkness to make these photographs, embracing and capturing the starlit landscapes through long exposures.

“I am interested in capturing light that has travelled for thousands, if not millions, of years before reaching the photosensitive film.  In some cases, light has been travelling from the stars for longer than the existence of conscious life on Earth.”

These long exposures of the stars allow us to see streaks of ancient light in the sky as the Earth turns on its axis.

Melanie King is a visual artist and practice-based researcher at the Royal College of Art.

Inspired by the common histories of photography and science, she is interested in the relationship between astronomy, photography and materiality, in particular the innate connection between the photograph as object and the Earth itself. Her research considers how the silver used in photosensitive film is extracted from the Earth and how its atoms were forged in the furnace of a supernovae.

King has exhibited in a wide range of international galleries, such as The Photographers’ Gallery, UK, the Hasselblad Foundation, Sweden, BOZAR Brussels, Unseen Amsterdam, the Williamson Gallery in Los Angeles and CAS Gallery in Japan.